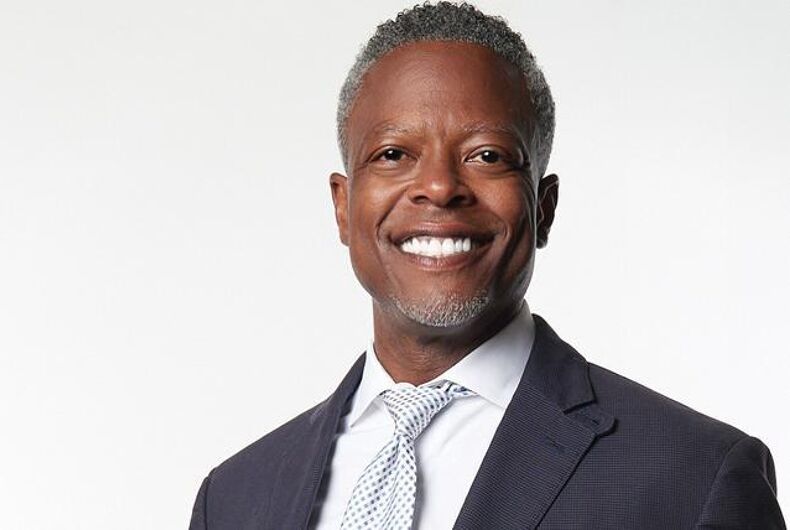 A firefighter in San Francisco is suing the city, saying that he faced decades of anti-gay and racist discrimination at work that the city did little to rectify.

Keith Baraka has worked for the San Francisco Fire Department since 1997 and said that in his time at the fire department he was harassed, called slurs, denied fair pay and promotions, and watched as his colleagues treated the LGBTQ residents they served badly.

Baraka worked at Station 6, near San Francisco’s historic gayborhood in the Castro. Despite its location, he was the first out LGBTQ person to work at Station 6.

There, he said, he was repeatedly called slurs while on the job.

“During his time at Station 6, Mr. Baraka not only witnessed maltreatment of the neighborhood residents because of their sexual orientation and gender identity by his fellow firefighters — he was also a target of similar harassment himself,” his complaint, filed at the San Francisco Superior Court, says.

The complaint says that he witnessed fellow firefighters treat residents in the area badly if they believed they were LGBTQ.

While working at Station 6, Baraka and other firefighters were featured in a local magazine. For the picture, he put a rainbow flag sticker on his helmet. The picture from the magazine was framed and displayed at the station.

“The magazine cover was framed and hung on the wall of the station house,” the lawsuit says. “Shortly after, Mr. Baraka observed that it was on the floor and broken. He was told by another firefighter ‘We don’t want that picture in here.'”

His locker got broken into at the fire station, his name would get removed from the assignment board by his coworkers, and sometimes everyone who wasn’t Black would get up and leave the room when he entered.

“This treatment occurred within the ranks of his peers and was further sanctioned by his supervisors,” the complaint says. Baraka alleges that his complaints about the mistreatment were ignored by fire department leadership and that he was denied promotions in retaliation.

After 11 years at Station 6, he asked to be transferred to another station, where he said he felt “valued and respected” because the new station had “a different culture.” He and some coworkers organized a professional affiliation group for LGBTQ firefighters called SF ResQ.

Baraka said that he filed six discrimination complaints with the San Francisco Department of Human Resources during his time at the department.

“I think it’s terrible that we have the first LGBTQ chief of the San Francisco Fire Department treating fellow community members as she has,” he told the Bay Area Reporter. “In fact, I’ve compared her to Roy Cohn,” a closeted, gay Republican lawyer who helped target and remove alleged Communists and LGBTQ people from government service in the 1950s, who later died of complications from AIDS.

“Keith is an avid advocate for civil rights and he complained each time he was treated unfairly,” said Baraka’s lawyer, former mayoral candidate Angela Alioto.  “They laughed at him; demoted him.”

“I don’t file anything I can’t win,” Alioto said, discussing Baraka’s chance of winning his case. “My chances are excellent. The racism in the City and County of San Francisco is throughout. It’s unbelievable.”

The city is not commenting on the litigation.

Joe Biden needs to rebuild the wall between religion & government