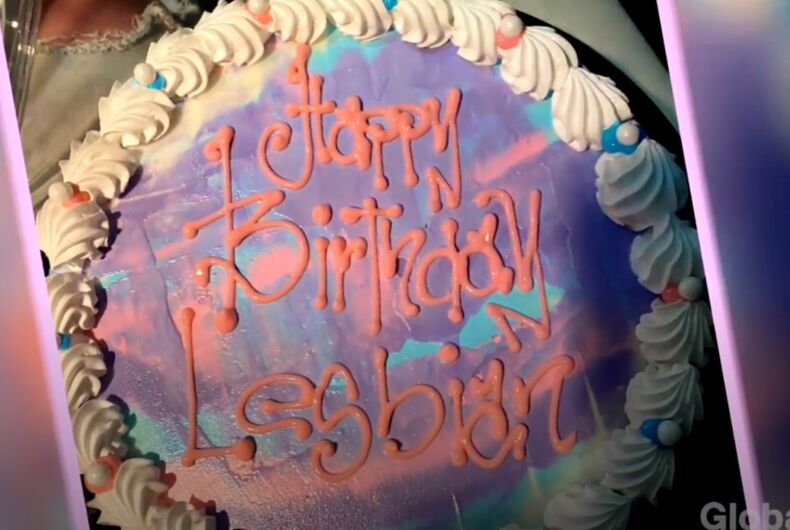 A Canadian Dairy Queen franchise owner has apologized after his store turned away a lesbian’s request for a personalized birthday cake. Summer Gibbons was told the store is a “family establishment” as the reason for being turned away.

But owner Tim Morrison is apologizing and admitting it was the wrong decision, and Gibbons stressed that she doesn’t want to vilify the owner because he’s willing to learn.

Gibbons and her sister ordered an ice cream cake with the words “Happy birthday lesbian” written on it. While the employee accepted the order, Gibbons says the manager stepped in and declined to do the cake.

“Her supervisor told her it was family establishment and they can’t put that on a cake for other families to see,” Gibbons told Global News.

When she followed up with Morrison, he wasn’t any help at first, she says.

“He said it’s policy because it was sexual in nature to put on a cake.”

“I’ve known I was gay since grade seven and came out two years ago and it’s definitely something I was always worried about happening,” she said. “Having that feeling of not be welcomed for being who I am and that not being okay.”

But after thinking about his decision and listening to employees, Morrison concluded he was in the wrong and apologized to Gibbons for his error.

“I am truly sorry for the harm we caused,” he said. “I will be retraining the team on custom cake orders.”

“He knows what he said was wrong. We are all human and make mistakes,” Gibbons said. “I respect his apology, maybe he can get retrained himself.”

In the end, Gibbons got her birthday cake. Another Dairy Queen fulfilled the order.