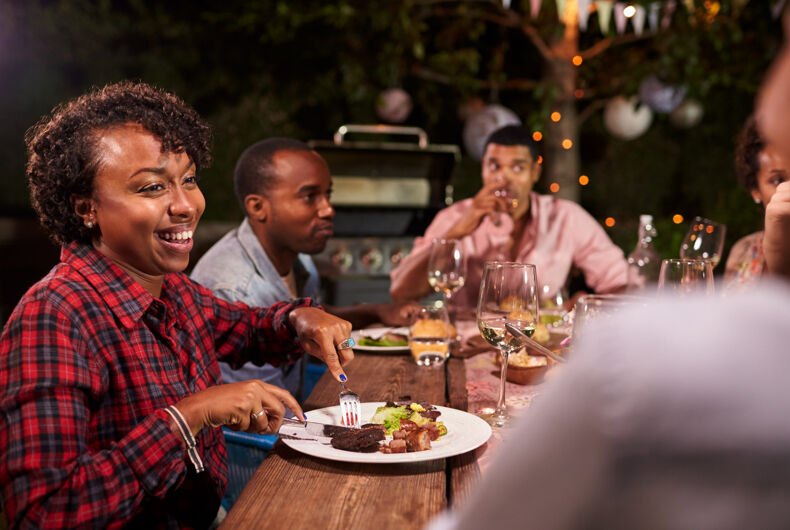 With so many worthy businesses in need these days, it can feel overwhelming to figure out where to direct your support.

For a little guidance, look no further than the Best of Gay Cities 2020. The competition has highlighted six Black-owned, LGBTQ businesses in the Pride In Black-Owned Business category to support during this season of giving.

When you’re done exploring these bars and restaurants, be sure to check out the many other categories highlighted in Best of Gay Cities 2020, including Iconic Road Trips, Urban Outdoor Hangouts, and Murals That Matter.

And don’t forget to vote: you can select your favorites once a day, every day, in every category until December 18!

Jeffery Pub has been considered a vital Chicago South Side institution since the mid-1960’s, when it unintentionally transformed into a gay bar after a popular spot nearby closed down. Owned by Jamal Junior, it now holds the title of the South Side’s oldest gay bar.

“Even around here, there’s not many bars where people can come out and have a good time, let alone [one that’s] predominantly gay,” longtime bartender Charlotte “Smoke” Thompson told Chicago Magazine in 2019. “When they come to the Jeffrey Pub, I just try to make them feel good, make them feel at home, make them feel safe.”

Virgil’s Gullah Kitchen & Bar was founded last summer by husband-and-husband team Gee and Juan Smalls. The restaurant specializes in Gullah-Geechee cuisine, offering a bevy of traditional rice and seafood dishes, like fried oysters, crab rice, and shrimp-stuffed egg rolls. All dishes are inspired by recipes from the family of the restaurant’s namesake, Gee’s late father, Virgil.

They are currently accepting takeout orders.

A “100% minority-owned” LGBTQ+ sports bar, Jocks PHL was only able to open for 10 days before the pandemic shut it down. Despite the challenges it has experienced since March, the owners have been determined to stay open. They turned their renovation budget into one for COVID-19, using the funds to keep their staff paid, kept their kitchen open for takeout orders, and hosting online drag shows.

Now, the bar is able to host in-person events with standard COVID-19 safety precautions. If that’s not for you, though, you can still order takeout from their restaurant or support the business by ordering apparel from their online store.

“Our main objective is to create a diverse space where everyone is welcome,” the bar’s co-owner, Ken Lowe Jr., told Philadelphia Gay News in August. “No matter who you are or how you identify or what you’re into, we’re going to have something at Jocks for you.

The bar came under new ownership in February and is now operated by Temica Morton, who told NBC News she has not had an easy time keeping the club alive during the pandemic.

Blaqhause Noho “offers a Southern Cuisine and Southern Hospitality” to the North Hollywood community. The owner, Takela Corbett, has maintained a sharp focus not only on providing delicious food, but also superior service.

The restaurant opened in 2019, and Corbett credits the support from her community for enabling them to weather the pandemic.

“The reason our doors are open is because the community has responded, our staff has responded, and the support has been overwhelming,” Corbett said.

Adriane Ferguson launched B Squared Harlem, an upscale soul food restaurant, in 2016. Described as “an elevated seafood concept for the vibrant Harlem community,” B Squared is actually the redesigned space of another eatery Ferguson ran, called Billie’s Black.