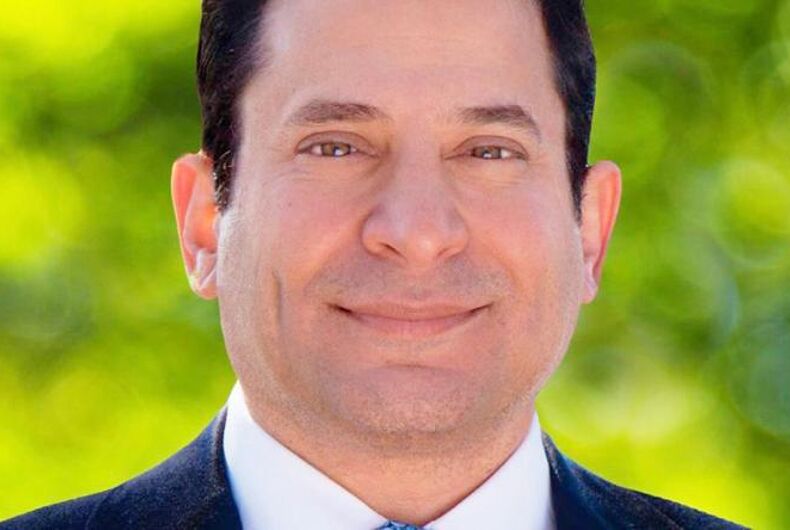 If he wins, the 54-year-old candidate will make history by becoming the first out gay person and the first Jewish person ever to hold a state office chosen by a statewide election in Virginia.

Related: Virginia Republicans are targeting one of their own because he officiated a gay wedding

Levine has a long history in politics. After the 1996 murder of his sister, he helped draft a Tennessee law to protect victims of domestic violence — it passed unanimously. In 1999, he co-founded Marriage Equality California, one of the nation’s earliest groups supporting same-sex marriage, and helped create the state’s first “full equality” legislative bill.

After being elected to Virginia’s legislature in 2015, co-founded the Virginia Transparency Caucus which made every committee debate and vote viewable on live-streamed and archived video.

While the lieutenant governor position is intended as a part-time job, Levine said he’d work full-time to visit every one of Virginia’s 133 counties and cities and assist the governor in hearing the voices of everyday Virginians across the state.

“Injustice really gets under my skin,” Levine said in a press release announcing his campaign. “All our lives we’ve been told, ‘That’s just the way things are,’ but I’ve found — if you’re persistent and creative, get the details right, and work with others of goodwill — even the toughest problems can be solved. So when I hear something is impossible, that’s my cue to get to work.”