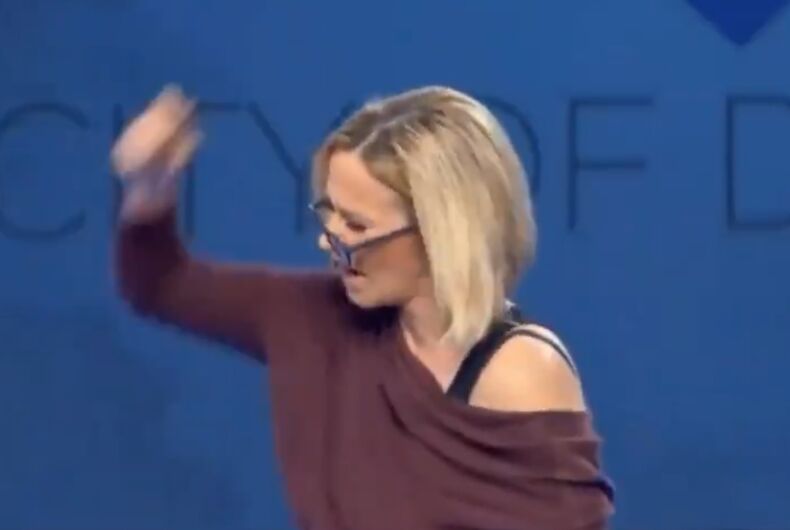 As more votes get counted and more states get called and the possibility that Joe Biden will have won the 2020 presidential election becomes more real, some Christian conservative leaders are not handling it well.

She repeats that “angelic reinforcement” is coming from South America and Africa but, apparently, not Asia, Europe, Australia, or Antarctica.

Paula White proving that trump supporters have completely lost their shit. I’m so invested in the guy pacing behind her. pic.twitter.com/oVmhkOErt8

Over 18 million people have viewed that video so far, and a lot of the responses were amazing.

I don't know a whole lot about spiritual advisors but Paula White might need to switch to decaf. https://t.co/O8jKJFAQ0o

The angels assigned to Africa when Paula White starts bothering them: pic.twitter.com/YKxWK2U5SS

Because this is the internet, someone made a hip hop mix of White’s prayer, complete with a cat.

well sorry @Eminem for that. But that's the first instrumental track i thought about. pic.twitter.com/5uce3N3GSP

And it was remixed again.

Why did so many Americans vote for Trump? Sociologists know the answer.