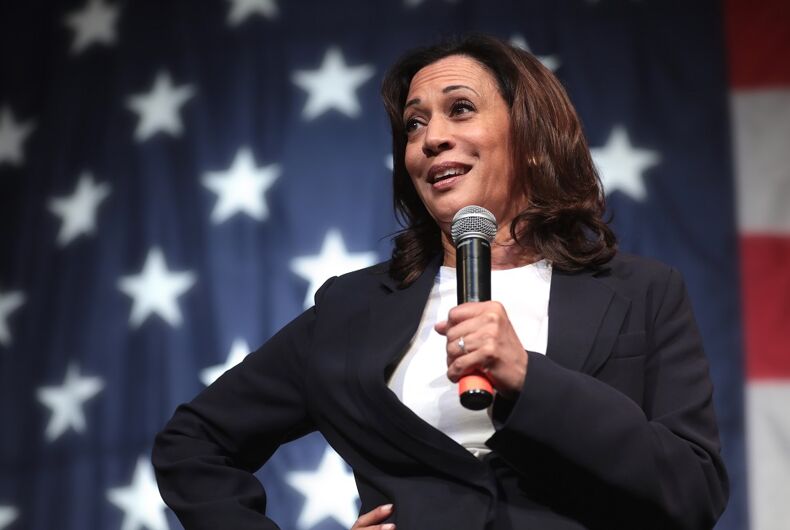 The struggle to get President-elect Joe Biden to the finish line with 270 electoral college votes was unquestionably an epic battle.

However, Biden’s battle wasn’t a century-long one like women finally winning the right to vote in 1920 with the 19th Amendment, hoping a woman would one day be elected to one the highest offices in government. The fact that Vice President-elect Kamala Harris broke through the 18 million cracks in the glass ceiling in 2020 is both exciting and inexcusable.

The exciting news, which came Saturday afternoon, that Harris would be the country’s next vice president had some of my sister-friends verklempt, struggling to contain their tears, as many of us saw with CNN commentator Van Jones.

Others of us gathered to celebrate and shout “Momala in the house!” and” Madame Vice President” as we drank too much Jamaican rum punch and danced socially distanced to the Reggae sounds of Jimmy Cliff and Bob Marley and the Wailers, honoring the Jamaican part Harris’s heritage.

The first time a woman was nominated by a major party to run for one of our government’s top spots was in 1984 when Queens Rep. Geraldine Ferraro was Water Mondale’s running mate. The daughter of Italian immigrants, Ferraro, like Harris, represented many firsts: woman, Italian-American, and feminist.

“We’ve come too far on the path to equality, we can’t let them turn us around now,” Ferrero famously said. Reflecting on Harris’s win and her mother’s struggles with blatant sexism during, Ferraro’s daughter Donna Zaccaro said: “I do see it as a continuation of my mother’s legacy. Even though in that campaign she lost, and in a landslide… how she conducted herself during that campaign proved that a woman could be VP of the U.S. Or even president… This time around, Kamala Harris — her credentials weren’t even questioned.”

Twenty-four years would pass before the next woman was nominated to run as a vice presidential candidate: Alaska Gov. Sarah Palin (R) in 2008. There is some consolation to know that the time between Palin and Harris running for vice president was half as long as that between Ferraro and Palin – just 12 years.

Elated to see a woman nominated for vice president, Palin in an Instagram post gave a shout out conveying her good wishes to Harris: “Congrats to the democrat V.P. pick. Climb upon Geraldine Ferraro’s and my shoulders, and from the most amazing view in your life consider lessons we learned” and “Don’t forget the women who came before you.”

The woman who paved the way for women and other underrepresented demographic groups in U.S. politics to step into the political arena was Rep. Shirley Chisholm (D-NY). I grew up knowing Chisholm. We kids call her Mrs. C.

Chisholm represented my Brooklyn District for seven terms from 1969 to 1983. She was known throughout the neighborhood and the halls of power in NYC as a force to be reckoned with who was “unbought” and” unbossed.”

In 1972 Chisholm was the first woman of color to run for president in the Democratic primary, paving the way for others. In her 1973 book, The Good Fight, Chisholm shared why she ran.

“I ran for the presidency, despite hopeless odds, to demonstrate the sheer will and refusal to accept the status quo… The next time a woman runs, or a black, or a Jew or anyone from a group that the country is ‘not ready’ to elect to its highest office, I believe that he or she will be taken seriously from the start…. I ran because somebody had to do it first.”

Black women have paved the way for women and other underrepresented demographic groups in U.S. politics, too. As a voting bloc, we are the Democratic Party’s strength, and we know the paths we’ve paved for others. We take pride in our agency and voting-mobilization strategies to help candidates like Barack Obama and now a Biden/Harris team to get to the finish line. And we celebrate these achievements.

This 2020 presidential race has been an epic battle to win back our multicultural democracy. This weekend my sister-friends and I will gather again to celebrate. This time it’ll be Diwali, an Indian festival of lights, symbolizing the triumph of light over darkness. It’s a timely celebration to embrace the new direction the country will be going in, and to honor the Indian part of Harris’s heritage, too.