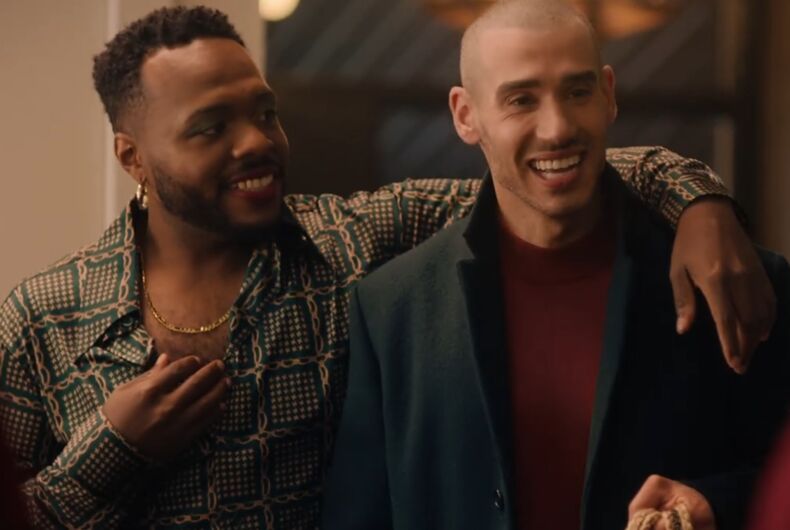 The couple showing up to a holiday partyPhoto: YouTube screenshot

Ritz Crackers released an ad for the holidays that features a visibly queer and non-binary couple, stressing the importance of spending time with family.

The ad is part of their “Where there’s love, there’s family” campaign, a title that already stresses the importance of non-traditional families.

The cracker ad opens with one man on a bus asking his mother via text message: “Can we talk?”

The spot later shows a person with a beard putting on lipstick. Other scenes of people preparing for the holidays are mixed in.

The man on the bus then shows up at a house and knocks on a door, and he’s greeted by the second person at what appears to be a family gathering. They embrace and they’re happy and they’re surrounded by loved ones.

“The holidays are about spending time with family,” the voice-over says. “Whether it’s the one you’re born into, or the one you make.”

The ad campaign “challenges the definition of ‘family’ and the belief that it has to be defined by blood or marriage,” said Patty Gonzalez, Senior Director of Marketing at Mondelēz, which owns Ritz.

In a statement, they said they’re donating $50,000 to the LGBTQ organization the It Gets Better Project as part of the campaign, as well as to Hispanic Star and Invisible People, organizations that help Hispanic people and homeless people, respectively.