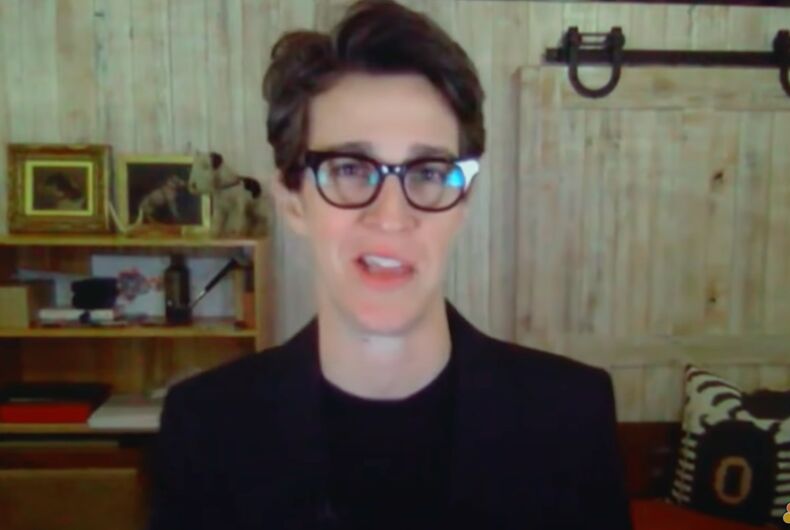 MSNBC host Rachel Maddow was forced to host her show from home during the coronavirus pandemic.Photo: Screenshot

MSNBC host Rachel Maddow was forced to host her show from home during the coronavirus pandemic after quarantining for two weeks following exposure to the highly contagious virus.

Maddow revealed that her partner, Susan Miluka, has COVID-19 and “at one point, we really thought there was a possibility that it might kill her.”

The out journalist told viewers that she was also tested on the day Miluka tested positive, but remains uninfected. The two women quarantined separately, she said.

She implored viewers to do their best to follow safety precautions and avoid infection. With the Thanksgiving holiday approaching, health officials are advising that people should stay home instead of gathering with family.

“Don’t get this thing. Do whatever you can to keep from getting it,” Maddow said. “For Thanksgiving next week, you really are just going to have it at home without people coming over. Yeah that’s going to suck, but it’s going to suck so much less than you or someone in your family getting sick. Trust me,” she added.