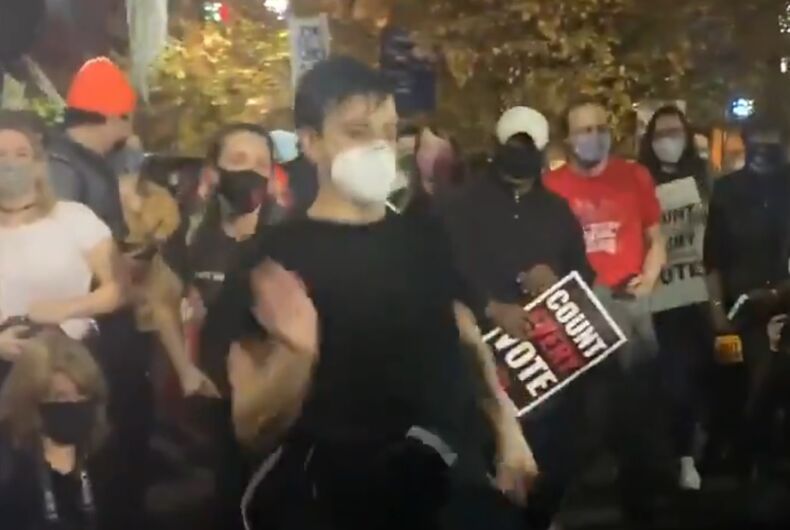 Philadelphia progressive activists stayed up partying in the street well into this morning in front of angry and despondent Trump supporters.

Related: Anderson Cooper calls Trump “an obese turtle on his back flailing in the hot sun”

As Joe Biden gains ground in Pennsylvania and that has become the center of rightwing conspiracy theories about voter fraud as the counting of ballots continues, Donald Trump’s campaign has sued the state to stop the vote count.

Supporters of the Republican candidate stood outside the Pennsylvania Convention Center in Philadelphia on Wednesday night, holding flags and signs and accusing Democrats of stealing the election.

Progressives showed up for a counter-protest, which turned into a dance party. Journalist Dan Spinelli posted video to Twitter.

Another video captured the stark difference in moods between the two groups of protestors.

The difference between the two groups protesting right now in Philly is…stark. pic.twitter.com/04h9vui98h

And the dancing kept going through the night.

As Biden takes the lead in the vote count, the dancing is still happening.

West Philly reacts to Biden’s lead in Pennsylvania by dancing in the street, of course pic.twitter.com/WBuipfLydN