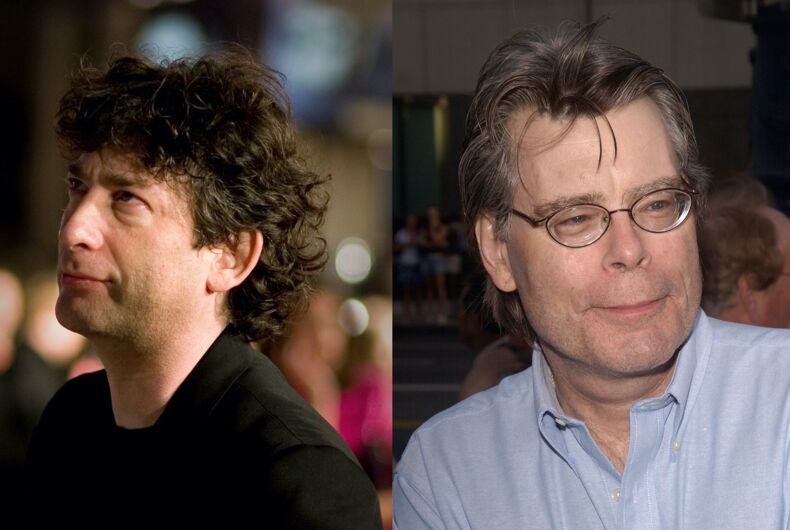 Authors Stephen King, Neil Gaiman, and Margaret Atwood have joined with other American and Canadian writers and editors to support transgender and non-binary people in the face of Harry Potter author J.K. Rowling’s continual attacks on the community.

“We are writers, editors, journalists, agents, and professionals in multiple forms of publishing,” the wrote in a statement. “We believe in the power of words. We want to do our part to help shape the curve of history toward justice and fairness.”

“To that end,” the statement continues, “we say: non-binary people are non-binary, trans women are women, trans men are men, trans rights are human rights.”

Hundreds of literary professionals have signed on to the open letter, penned shortly after a similar statement by British and Irish authors.

Over 50 British media figures signed an open letter defending Rowling in the face of criticism over her war on transgender people, spurring the response.

Neither of the pro-transgender letters mentions Rowling by name.

While Rowling has been tweeting about transgender people for months, she faced increased criticism last month when her new crime novel Troubled Blood was published. The book is about two detectives who investigate a cisgender man who wears women’s clothes to get close to women and kill them.

A week later, Rowling was promoting an online store that sells transphobic buttons, mugs, and other merchandise to her 14 million Twitter followers.

Faith healing “school” becomes a COVID hotspot with 137 cases. It has ties to Donald Trump.

Historical photos of men in love: Can you spot the hidden clue that they’re a couple?