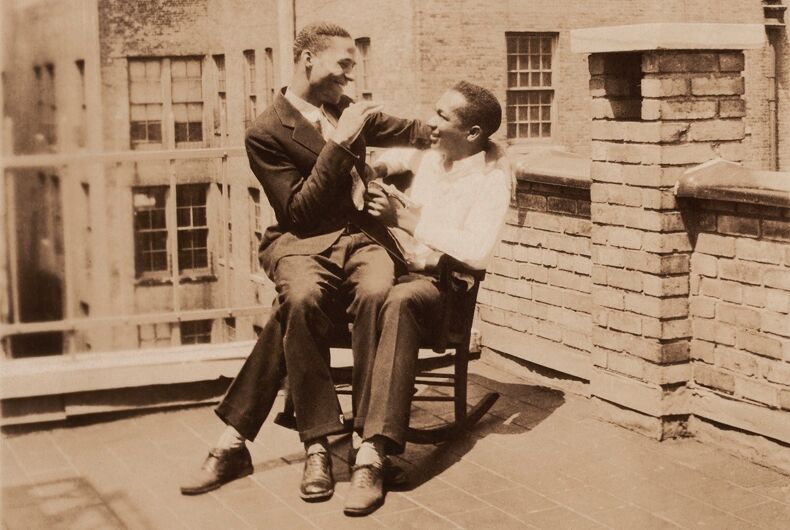 Hugh and Neal: This was our first photo of an African American couple.  They are extremely rare and when they do become available, you need to be prepared to pay – a lot.  We’ve only lost out on acquiring one of these on two occasions.  This one has a playful tone to it.  The two men are coy and giggly with one another.  Their chosen surrounding is the safety and solitude of an inner-city rooftop.  The choice of the rocking chair is anyone’s guess.  Simply put, the rarity of this type of romantic male couple photo is its most distinguishing aspect.  Of our nearly three-thousand photos, we have about twenty romantic African American couples.

Donald Trump is going to the hospital with COVID symptoms. He won’t be back for days.