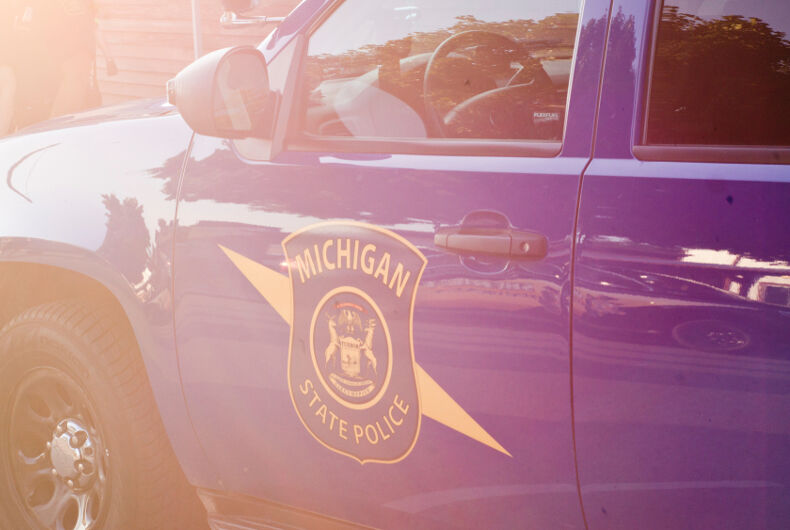 Larissa LaMay, a lesbian Michigan State Police sergeant, has sued the department alleging that officials discriminated against her because she’s white. Her proof is that a Black fellow officer got a promotion that she wanted.

LaMay also alleges that her supervisor was openly homophobic.

In a federal lawsuit, she claims that a Black woman who had been “disciplined for failing to show up for work” get the promotion when she didn’t deserve it.

Three similar lawsuits have been filed by other officers. They all point to comments made by the state police director at a public meeting as proof of bias against white men.

Col. Joseph Gasper said the force was “way too white and way too male” at the meeting and pledged to set aside a portion of new hires for minorities and women.

“Coming from the top official of a para-military organization, Defendant Gasper’s directive to prefer minorities constitutes standard operating procedure, a pattern and practice of racial preferences designed to favor Blacks over Whites at all levels of the agency,” LaMay’s lawsuit claims.

Her suit also claims that she was subjected to a homophobic work environment and cites a diversity presentation given by a gay officer as proof.

“At a mandatory Metro North Post sergeants meeting on November 20, 2019, Defendant Whitfield… expounded 6-7 times on the oddity of a gay law enforcement officer,” the lawsuit said. “Whitfield’s comments made (LaMay), who is gay, extremely uncomfortable.”

“The Michigan State Police is committed to maintaining a work environment where there is equal opportunity for all members, one in which decisions regarding employment, promotion, retention, or any other personnel practice are not motivated by bias or based on discrimination,” State police spokeswoman Shanon Banner told the Detroit News.

Donald Trump tells white supremacist group to “stand by.” They made t-shirts while they wait.