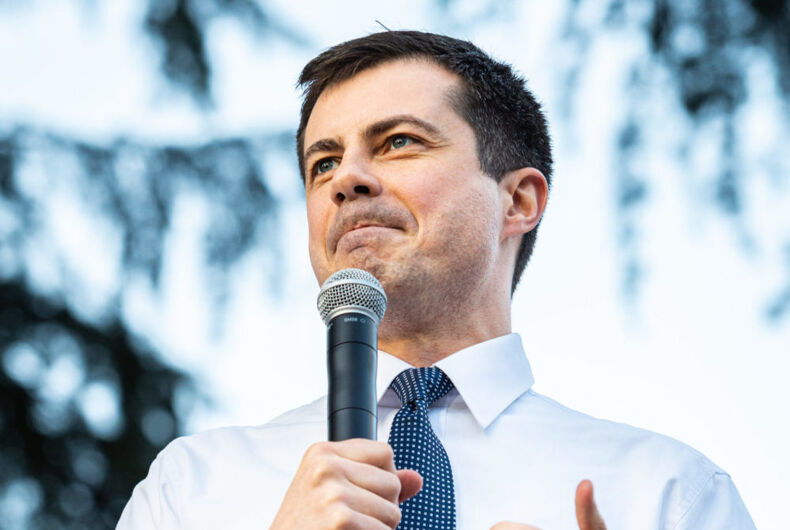 Buttigieg was on the channel to discuss the presidential debate last night, and he was asked about how he has been playing the role of Pence in mock debates with Sen. Kamala Harris to help her prepare for the vice presidential debate next week. Buttigieg and Pence, who are both Christians from Indiana, have a long history of sparring over LGBTQ rights and Christianity.

“I was mayor of South Bend when Mike Pence was governor. Look, I don’t envy the job he’s going to have to do next week,” Buttigieg said.

Buttigieg then attacked Pence’s handling of the coronavirus pandemic, which he is in charge of.

“You’ve got the person who has been placed in charge of the Coronavirus Task Force, leading the national response for our country, this country, having the worst coronavirus outbreak in the world,” Buttigieg said.

Buttigieg made similar comments about Pence during his presidential campaign. Buttigieg said in March 2019 that his Christianity is about “protecting the stranger and the prisoner and the poor person,” Pence’s is about “sexuality and a certain view of rectitude.”

“My marriage to Chasten has made me a better man,” he said. “And yes, Mr. Vice President, it has moved me closer to God.”

“That’s the thing I wish the Mike Pences of the world would understand, that if you have a problem with who I am, your quarrel is not with me. Your quarrel, sir, is with my creator,” he said. “Speaking only for myself, I can tell you that if me being gay was a choice, it was a choice that was made far, far above my pay grade.”