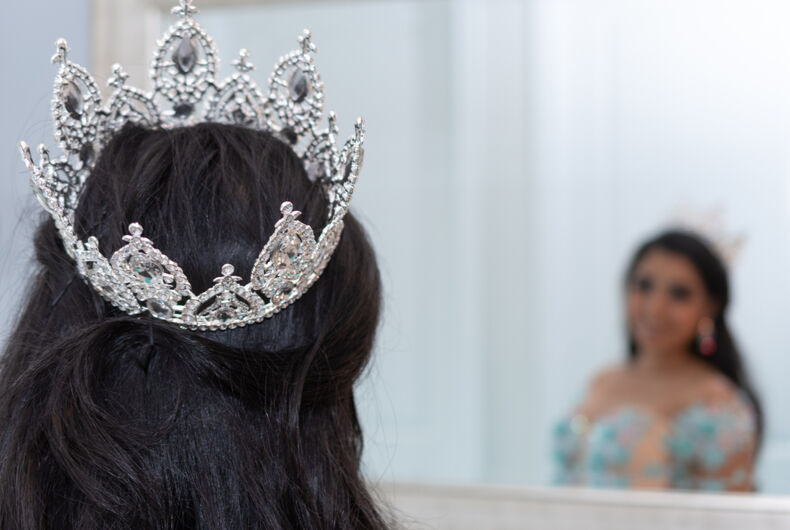 An Indiana high school has apologized to a transgender student after they incorrectly listed her as an option for Homecoming King, using her deadname.

“It was embarrassing and it took me back to middle school when that was the hardest time,” student Grace Grabner told Fort Wayne television station WPTA. “It reminded me of everything that happened in middle school and how people treated me.”

Grabner told the station that she considered switching schools after the mortifying incident.

Northwest Allen County Schools officials blamed a computer error for the mix-up but took full responsibility for not double-checking the list.

“We made a mistake on our end and we apologize profusely that this error happened where we inadvertently took one student who should have been on one list and put them on the opposite list. That was our responsibility and our fault, and we feel terrible about it,” district spokesperson Lizette Downey said in a statement.

“This was not a policy decision, a political statement, or purposeful insensitivity to any person or group, it was an oversight. We sincerely apologize for this mistake and will take steps to prevent similar issues from occurring again in the future.”

Grabner’s school transcript does not include her current name and her gender marker has not been changed either.

Catholic schools in Indiana, including those who get public funding, have been instructed to terminate any LGBTQ employees and, in one instance, were issued guidance on how to reject transgender students. Several lawsuits are pending as the church continues its inquisition into the personal lives of students and faculty.

Grabner is a senior at Carroll High School in Fort Wayne. It’s a public school.