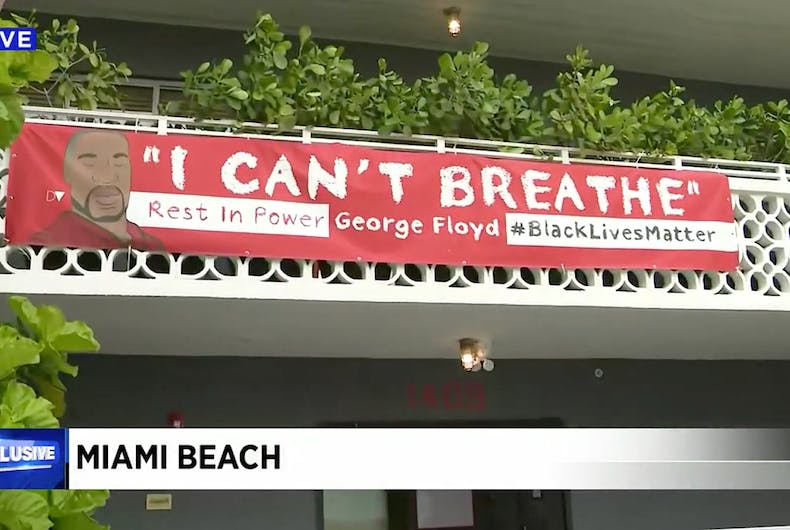 The banner hanging outside of the GaytheringPhoto: Screenshot

The Gaythering, a Miami Beach hotel, was forced to take down a banner in support of racial justice after someone complained to the city about it. Authorities said the hotel did not have the proper permit to hang the banner.

“The banner is a silent protest, in solidarity with the Black community, Black Lives Matter, and our neighborhood,” owner Alexander Guerra told Local 10.

The banner, commissioned by Guerra from local artist DePaul Vera, includes a portrait of George Floyd, the unarmed Black man killed by a police officer who kneeled on his neck for minutes, even after he said he couldn’t breathe.

“I don’t understand why a banner of this caliber is hurtful to people in such a way,” Guerra said. “This man’s life was taken.”

“We did not know we needed [a permit to hang a banner] on our own property,” he added. “Particularly with a free speech banner.”

“They’re complaining about us today. They’ll complain about someone else tomorrow. It’s our duty to continue to spread our message.”

After being contacted by local news, the city manager gave the hotel permission to rehang the banner on the condition that they apply for a permit.