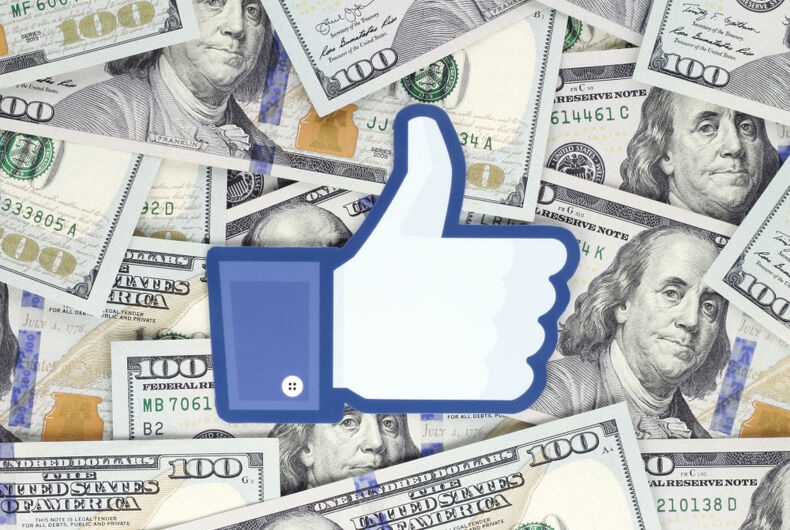 Beth Rep, a radio newscaster from Canberra, Australia, has been ordered to pay $10,000 to a transgender woman. The tribunal-ordered judgment came after Rep liked several anti-trans comments left in response to a Facebook post.

Rep had repeatedly harassed Bridget Clinch, Australia’s first out transgender soldier, on social media and was fined a small amount and ordered to publicly apologize by the human rights commission in 2018.

Related: A horrible end for the transgender wife of a troubled chef

Rep posted the apology but then allowed anti-transgender comments to remain and liked several of them. Clinch sued for “damages under the Discrimination Act, alleging unlawful vilification and victimization based on gender identity,” according to ABC.

After testifying that she identified as a TERF, or transgender exclusionary radical feminist, she spouted off the anti-trans rhetoric common among both the small subset of women and anti-LGBTQ hate groups. She said that since she didn’t make the comments or invite them, she wasn’t responsible for anything more than “hitting the ‘like’ button.”

The comments included statements like, “Bridget Clinch is a male bully” and “I hate Bridget and I don’t even know who he is.”

Rep’s actions “added fuel to a conflict that the apology was supposed to end,” senior member Bryan Meagher SC said.

“The respondent could have deleted the comments made against the apology. They were rude, offensive and unacceptable. Once she was aware of the comments and did not remove them, she is responsible for them.”

“Even if the respondent was not minded to deactivate comments, there was no need to react to them,” he wrote in the tribunal’s decision.

Rep was also ordered to delete “all posts, statements, information, suggestions or implications” on the subject and refrain from posting on the topic in the future.

J.K. Rowling’s new book is about a man in a dress who kills women