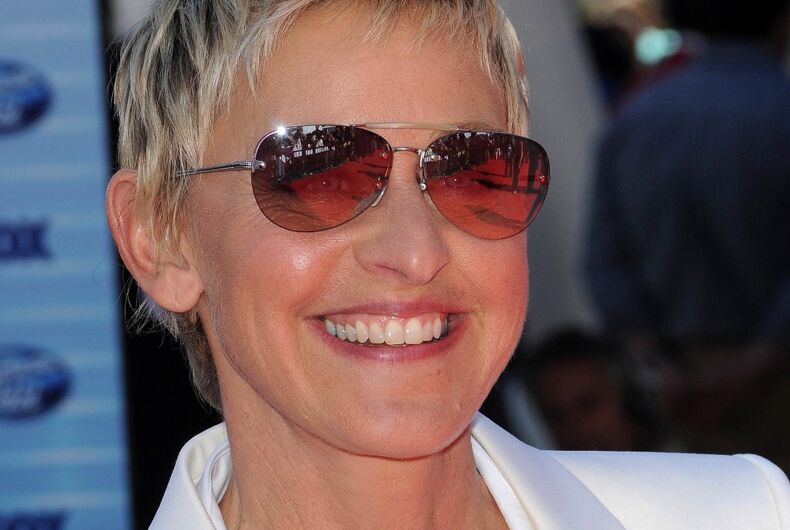 Three senior producers at The Ellen DeGeneres Show who faced sexual harassment allegations have left in a major overhaul of the show’s senior production.

In late July, Buzzfeed News published accusations of sexual misconduct made or confirmed by dozens of former Ellen staffers. The accusations weren’t about Ellen herself, but instead about Glavin, Leman, and Norman. Some ex-staffers also accused the show of not having a system to receive and respond to anonymous complaints.

Thirty-six former staffers made or confirmed accusations against Leman, alleging that he kissed and groped a production assistant and asked another male employee for oral sex at a company party. They also said that he frequently made sexual comments at the workplace.

Former employees said that Glavin “had a reputation for being handsy with women” in the control room and that he had a shower in his office that he would sometimes use in front of employees.

Norman was accused of “grooming” a male employee with “concerts and other work-related perks” until he tried to perform oral sex on the ex-staffer.

Leman and Norman denied the accusations, and Glavin did not comment on them.

Staff told Variety that they heard about the shake-up in senior production in an emotional video conference with Ellen yesterday. They said that Ellen said she was “heartbroken” to find out what was going on behind the scenes and that she is “not perfect.”

Ellen also said that she understood that her habit of changing timetables on short notice made work harder for her staff and promised to stick to timetables.

Executive producers Andy Lassner and Mary Connelly – who are staying with the show – were reportedly on the call. They said that the internal investigation into the workplace found no evidence of “systemic” racism, but that there was a need for more diversity training.

They also announced that Stephen Boss, also known as DJ tWitch, was being promoted to co-executive producer.

Ellen, who has a contract to continue the show until 2022, has said that the show will be coming back “strong” for its 18th season.

“This will be the best season we’ve ever had,” she said.