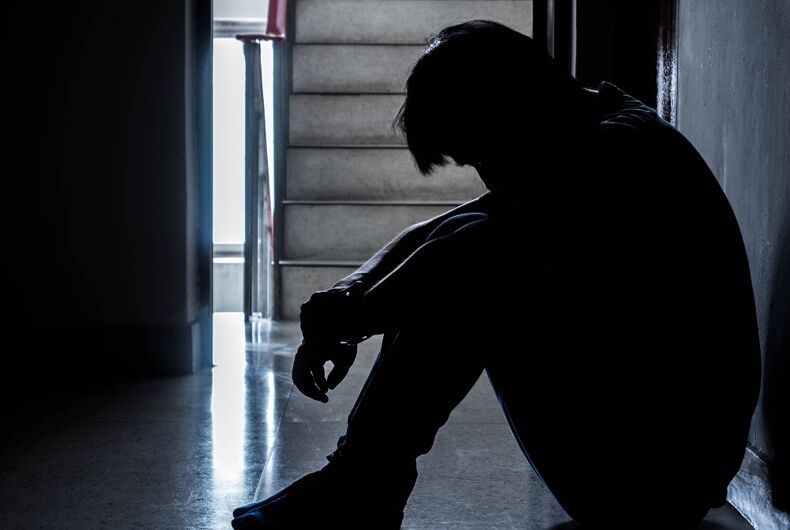 A father who was accused of giving his 15-year-old son 20 lashes with a cable because he caught the son with a gay app was given 18 months of prison.

“In my judgement, this cruel and brutal punishment was motivated by his sexuality,” the judge, Marcus Pilgerstorfer, said at sentencing.

Related: A father slit his son’s throat for being gay in an attempt to kill him

According to court documents from the Plymouth Crown Court in the U.K., this past September the man asked to borrow his son’s phone when he found Grindr on the phone and some pics the son had taken.

He then went to confront his son early the next morning and made him take his pajamas off, yelling at him while the teen stood in his socks and underwear.

“He hit him multiple times across his body, particularly his arm, breaking the skin there,” said prosecutor Francesca Whebell, according to a report in Plymouth Live. “While he was beating his son, the defendant was continuing to ask questions.” The father allegedly called his son gay and a woman.

He asked his father if he could get water, and that’s when he grabbed his school uniform and escaped. At school, he started crying and staff asked him what was wrong, and they called the police.

The father pled guilty and his lawyer said that he is a “loving father” who wasn’t mad that his son is bisexual, but instead he was mad that the teen posted a pics of himself on Grindr.

“It was not the images nor anything else which made him question his son’s sexuality,” the lawyer told the court. “He had been supportive. The fact that he has now lost contact with his own son has broken his heart.”

The lawyer said that the man just lost his temper and that his remorse “is genuine.” The man’s wife wrote a character reference on his behalf.

But the judge wasn’t moved at sentencing.

“You asked him about photographs of lots of boys on his phone and shouted: ‘You are gay’ and ‘You are a woman,'” Pilgerstorf said. “You shouted: ‘What’s that between your legs?’”

“You hit him again and again, some 20 times, with the television cable. You caused him ‘loads of pain,’ to use his words.”

“I have no doubt that part of the reason you became angry is that you saw material which you thought indicated he was bisexual.”