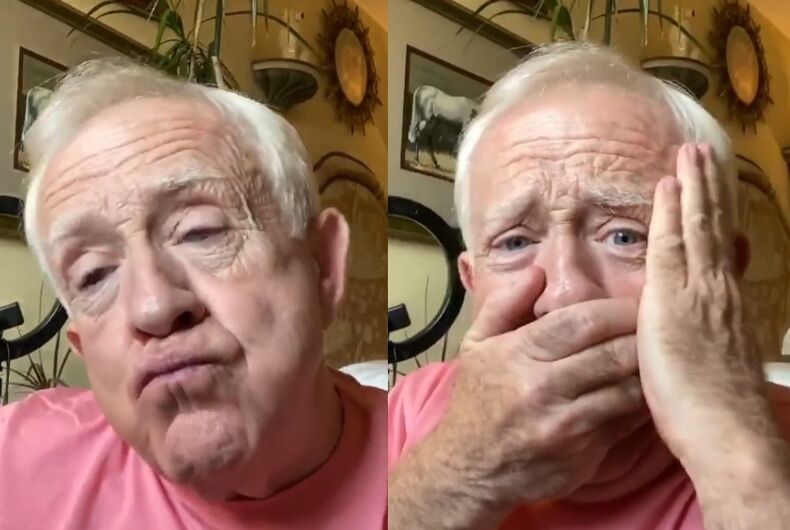 “WAP” is the hit of the summer and has broken the minds of the far-right with its descriptive lyrics about women’s sexual pleasure, but the question on America’s mind is: Will a sweet Southern belle like Leslie Jordan like it?

Cardi B and Megan Thee Stallion’s hit debuted at #1 on the Billboard Hot 100 and broke the record for largest opening streaming week for a song in the U.S.

Related: Leslie Jordan does the “Git Up dance challenge” on a street in the Hamptons

Meanwhile, conservatives like Ben Shapiro and DeAnna Lorraine are getting mad about the lyrics in “WAP,” giving the song even more attention online.

So of course Leslie Jordan needed to find out what all the fuss was about and learn what “WAP” means.

“I think I just lost a few years off my life,” he wrote in a caption. “I almost had a heart attack.”

Watch as he learns what a WAP is. (Lyrics are NSFW)

I think I just lost a few years off my life — I almost had a heart attack. @iamcardib, you can’t be kissing me with that dirty mouth.

Jerry Falwell Jr blames his fall from grace on his wife