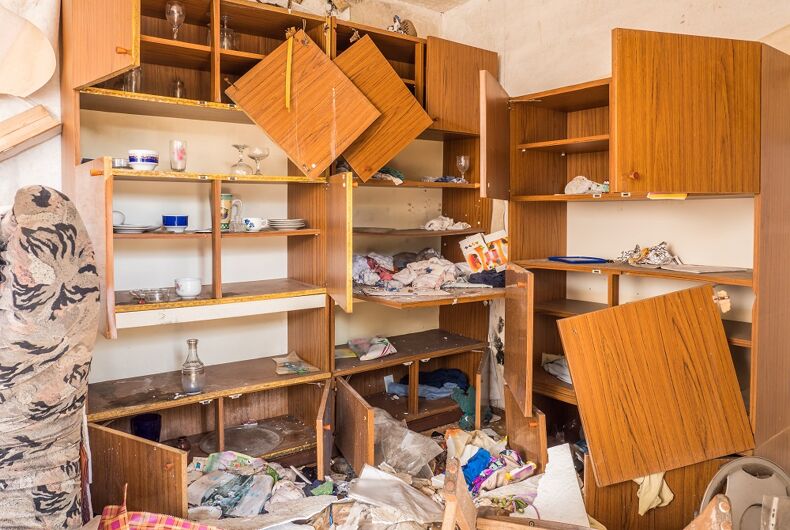 Police have arrested four teenagers – three minors and one adult – who they believe attacked a gay couple, broke into their house, threatened to kill them, and destroyed their home.

It allegedly started when the teens saw the victims were smoking together from their window and assumed they were gay.

According to police, two of the teens in Montpellier, France saw the young gay couple smoking cigarettes from their window and asked them if they sold cannabis. The couple said they didn’t have any.

“Are you queer?” one of the teens asked.

When the couple said that they were, the teens started insulting them and threatened them, allegedly saying, “We’re going to kill you.”

The teens left and came back a few minutes later with two others.

The now four teens got into a physical fight with the couple in front of the building and one of them had a minor injury. According to Actu.fr, the teens were furious and they pushed their way into the home. They broke the door to the apartment and threw beer bottles at the windows to break them.

Two neighbors who had come to help the victims when they heard the noise earlier hid with them in the bathroom while the teens destroyed the gay couple’s home in what local media called a “scene of incredible violence.”

The teens left with a game console, a pair of sneakers, and an Armani watch, according to France Bleu.

The alleged burglars were arrested later the same night at a trolley station, with the loot. Police said that the adult in the group was from the Paris area and all four of the suspects were in Montpellier on vacation.

They face possible charges of theft, destruction of property, making death threats, and assault as a hate crime.

In 2012, the French LGBTQ magazine Têtu named Montpellier the most “gay-friendly” city in France, based in part on a reader survey.