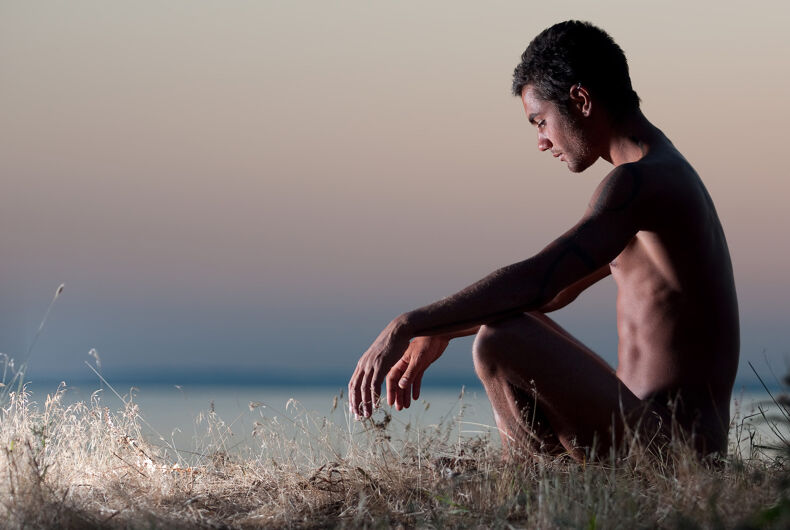 There’s a new COVID-19 hot spot in the south of France, and it’s alarming health officials at the height of the tourist season.

At least 95 people have tested positive for the novel coronavirus in Cap d’Agde, a seaside resort area with a large tourist complex that’s popular with nudists and “libertines,” including a segment of the LGBTQ community. Fifty more vacationers have reported getting sick with the virus after returning home.

Related: What happened when the Liberal Redneck paid a visit to a gay nudist camp?

Health officials say the spike in cases is “very worrying.” They’re telling visitors to follow social distancing recommendations and wear face masks, even if they wear nothing else.

“There are infections everywhere, including among people who are not libertines,” said Pierre Ricordeau, director general of the Occitanie region health authority, according to The Irish Times. “The message is the same for everyone: Wear a mask, wash your hands, and practice social distancing, whether you are a libertine or not a libertine.”

Which begs the question: Are you really a nudist if you wear a face mask? Or does that make you a semi-nudist?

Located 30 miles south of Montpellier in the Herault region of France, Cap d’Agde started attracting nudists in the 1950s and 1960s and has grown to become one of the largest clothing-optional communities in the world, with 35,000 to 40,000 visitors a day in the summer. The main gathering spot for nudists is the Naturist Village at Cap d’Agde, a resort known for attracting swingers as well as families.

Cap d’Agde isn’t a gay destination in the same way Palm Springs and Key West are, in that it doesn’t have a lot of predominantly-gay bars and night clubs. Travel writers say it’s more a place where gay travelers tend to be mixed in with everyone else, on the beach and elsewhere.

According to one travel website, gay naturists account for 10 to 20 percent of its visitors, more men than women. That works out to at least 3,500 gay vacationers every day in July and August. Gay-friendly nightspots include Le Look Bar; Club Le Palme Re, and Tantra Club Libertine.

“It can be argued that Cap d’Agde is one of the best gay travel destinations in that this is a resort that embraces all travelers,” the website states. “The beauty of the resort is that people of all interests visit this resort and you are very unlikely to see any issues here. Everyone tends to be accepted and is very accepting. It is the essence of what Cap d’Agde resort is about.”

According to the AFP, health officials initiated three rounds of testing last week. The first two rounds involved 490 people, and 95 tested positive for COVID-19, including at least two hotel employees. The rate of infection was four times higher among naturists in the clothing-optional resort than in the surrounding area, officials said. Another 310 people were tested in the third round and results are expected this week.

“We are in an alarming situation,” said one local health official, according to The Independent. “We ask that all the people of the village be tested before leaving the place and going elsewhere… We also ask all the people who wish to come to this naturist village to postpone their arrival.”

What should nudists do to be safe in a pandemic? Laurent Luft, president of the Association des Naturistes de Paris, the city’s naturist group, told CNN Travel that he and others in his organization have gone virtual, posting nude yoga and cooking classes on YouTube.

“It doesn’t really make up for the real face-to-face contact that we are used to,” he said, “but it’s something to keep the association alive.”

Coronavirus lockdown has led to depression in LGBTQ people