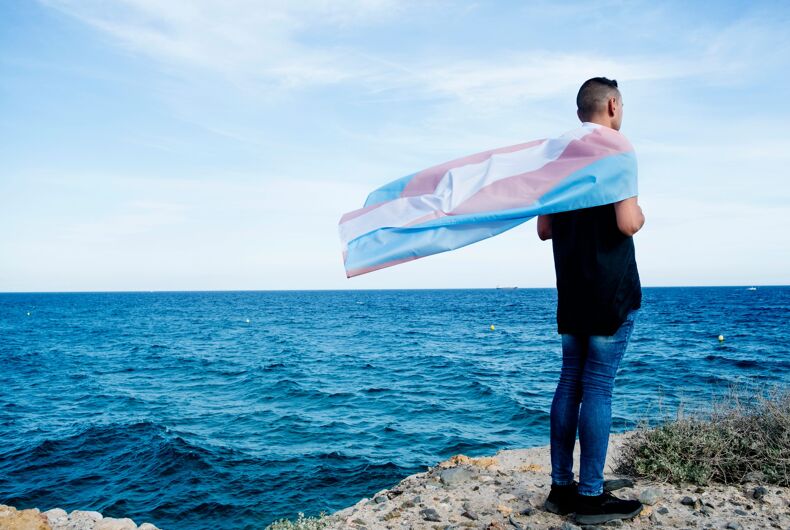 The founder of a large company in India announced the employer’s new policy of giving people who menstruate 10 days of “period leave” every year, and the policy is trans-inclusive.

Deepinder Goyal, the co-founder of the food delivery service Zomato, wrote in a blog post on Saturday that the policy would give ten days of leave that employees can use if the effects of menstruation – like cramps – render them unable to work.

Related: Always will remove the female symbol from maxipad wrapper to be trans-inclusive

“At Zomato, we want to foster a culture of trust, truth and acceptance,” Goyal wrote. “Starting today, all women (including transgender people) at Zomato can avail up to 10 days of period leaves in a year.”

Goyal said that part of the reason for the policy was to reduce “shame or stigma” associated with periods.

“You should feel free to tell people on internal groups or emails that you are on your period leave for the day,” he wrote.

He also encouraged employees to report coworkers if they face “unnecessary harassment or distasteful comments from men or women about the fact that you applied for a period leave.”

Goyal also responded to possible complaints from cis men by writing that menstruation “is a part of life, and while we don’t fully understand what women go through, we need to trust them when they say they need to rest this out. I know that menstrual cramps are very painful for a lot of women – and we have to support them through it if we want to build a truly collaborative culture at Zomato.”

The menstrual leave policy appears to only apply to formal employees. Zomato is like Uber Eats in the U.S. and uses a similar business model that classifies the workers who actually make food deliveries as independent contractors.

Several other employers in India have menstrual leave policies, even though the country does not have legislation requiring it. Several other countries in Asia and Africa – including Japan, South Korea, Taiwan, Indonesia, and Zambia – require employers to give women time off for periods.

A Japanese woman, though, told The Guardian in 2016 that she doesn’t use menstrual leave days because of privacy concerns: “If you take menstrual leave, you’re basically broadcasting to the entire office which days of the month you have your period.”

Another said that she fears that taking menstrual leave will be “interpreted as a sign of weakness” by her coworkers.

The policy remains nearly unheard of in the West. Italy considered a menstrual leave law in 2017, which was even criticized by an Italian women’s magazine that worried that “employers could become even more oriented to hire men rather than women” if the law passed.

The concern was discussed in a policy brief published by the European Institute of Women’s Health, which said that more general policies don’t address the stigma people who menstruate face in the workplace.

“Informal evidence indicates a high degree of support for more flexible working policies that benefit all workers; however, some argue this fails to address the stigma associated with menstrual problems,” the brief said.