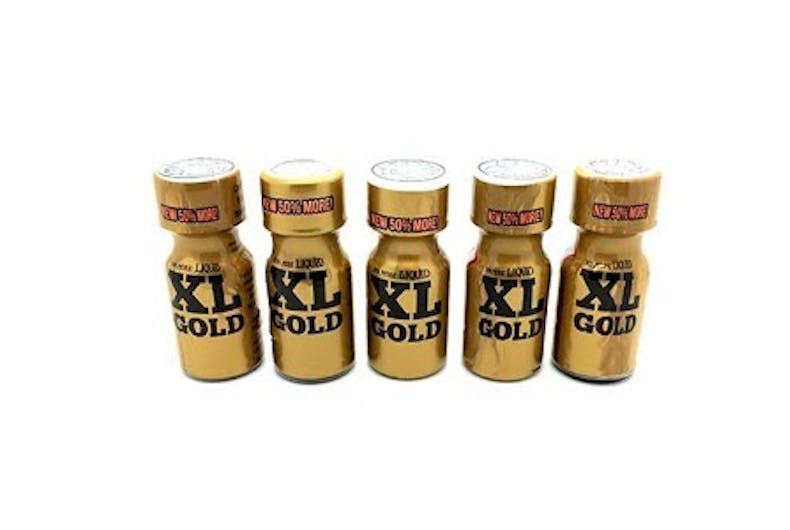 A woman has died after accidentally drinking a bottle of poppers that she mistook for a tiny bottle of booze.

The sexual stimulant, frequently marketed as a room deodorizer to circumvent drug laws, is a staple of gay culture. It is inhaled to get a quick high that increases sensation and relaxes the sphincter muscle.

Related: Are poppers as dangerous as heroin?

Police report that a man purchased two bottles of “XL-Gold” from a liquor store in Scotland. The box of poppers was sitting next to small single-serving bottles of alcohol as staff prepared to stock the product behind the counter.

The man gave the unidentified woman one of the bottles. She fell ill and died shortly after consuming the contents.

The product contains isopropyl nitrite and is clearly marked that it’s not for human consumption. The bottle also shows a skull-and-crossbones to warn people it is poisonous and instructions on what to do if it is consumed are on the label.

The shop owner and staff told investigating officers the man had purchased poppers before at the store and the product had never been sold or advertised as alcohol.

The report does not indicate whether or not the woman had already been drinking before the accident.

The matter has been referred to a local review board for a decision on whether to revoke the shop’s license.