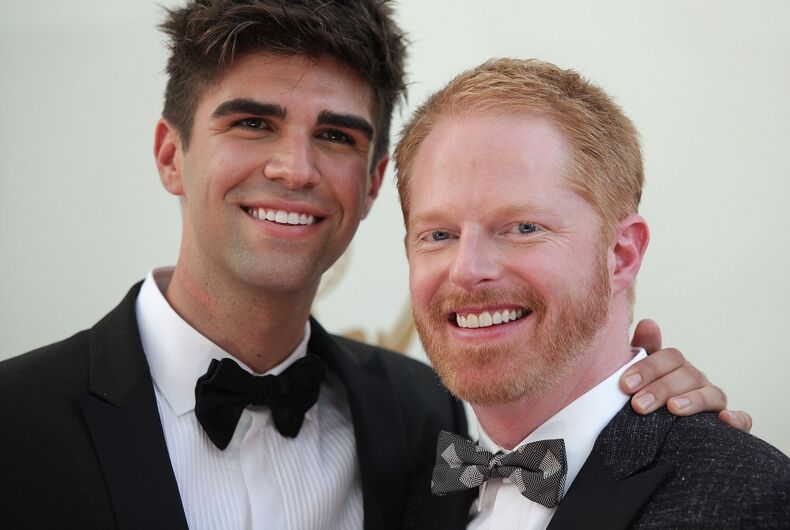 Out actor Jesse Tyler Ferguson just announced that he now has a modern family of three with his husband of seven years Justin Mikita.

“Jesse and Justin welcomed their little bundle of joy Beckett Mercer Ferguson-Mikita on July 7, 2020,” a representative of Ferguson said. “The new parents are overjoyed and excited for this new journey as a family of three.”

This past January, Ferguson, 44, announced that he and Mikita, 34, were expecting on The Late Late Show.

“It’s when you finally become an adult, I feel,” Ferguson said. “Like, ‘I need to start getting serious about things.’ Actually, this is something I haven’t even mentioned to anyone, if we could just keep it between the three of us and you all, but I’m actually expecting a baby in July with my husband.”

“Do you know what you’re having: a boy or a girl?” host James Corden asked at the time.

Ferguson is best known for his portrayal of Mitchell Pritchett on the long-running and immensely popular ABC show Modern Family, which just ended its 11-season run earlier this year.