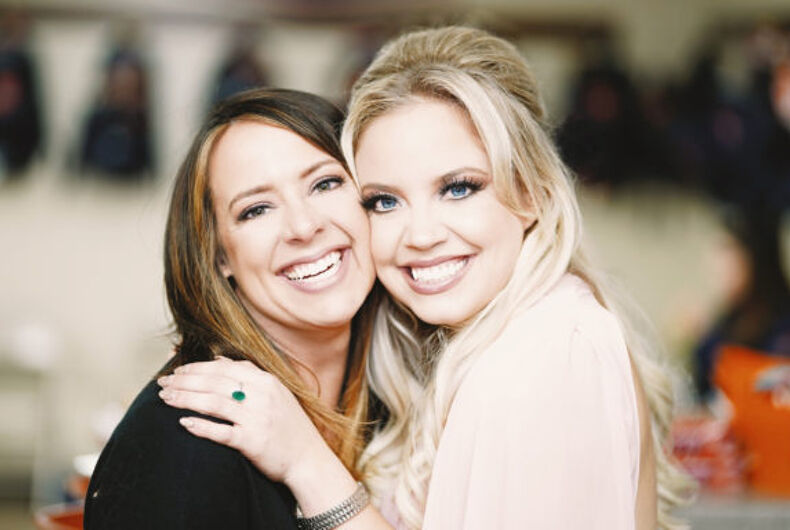 Harper Grae was ready to propose to her girlfriend before lockdown orders began to take effect across the country, throwing her plans into disarray.

With a little creativity and help from an LGBTQ-friendly jewelry company, she was able to make a lovely proposal anyway.

Related: Their relationship has been a whirlwind. So was his death-defying marriage proposal.

Originally, Harper was planning on going down on one knee after running in (and training hard for) the Nashville Marathon. When the marathon was canceled, Harper decided that she wasn’t going to let COVID-19 stop her from getting engaged to her sweetheart.

Harper contacted Shane Co. to see if there was any way it could help make her proposal dreams a reality despite the fact that the Nashville location was temporarily closed due to the pandemic.

She was able to get her favorite ring overnighted so she could pull off the proposal.

“To say the ring was perfect is an understatement,” she says.

Harper then created a heart out of candles and flowers to create a background to pop the question.

An earlier version of this story appeared on the Shane Co. web site. Shane Co. is an advertising partner of Q.Digital, LGBTQ Nation’s parent company.

A mob beat a gay couple for kissing in a bar. The police told them they shouldn’t kiss in public.