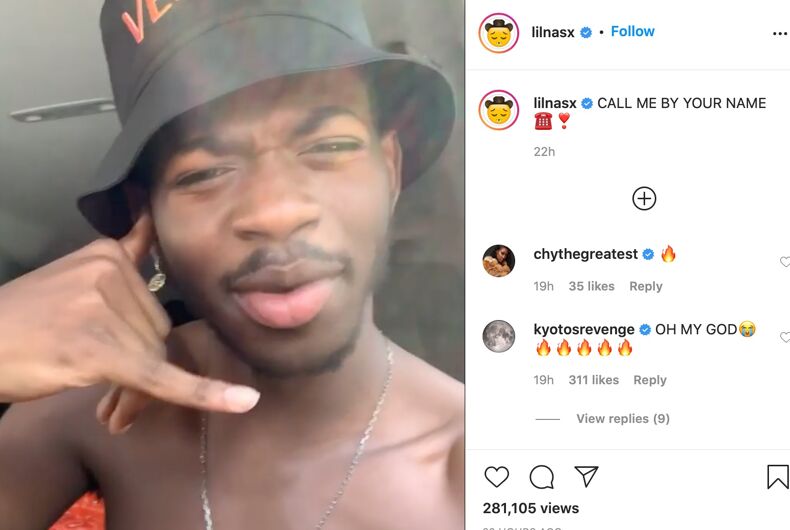 Lil Nas X is teasing fans with a snippet from his upcoming song, “Call me By Your Name.”

The out rapper posted an Instagram video of himself in a car singing along with a portion of the tune.

Related: Sony tried to erase the gay romance in “Call Me By Your Name” but Twitter wasn’t having it

“Call me when you want, call me when you need, call me in the morning, I’ll be on the way,” the hip hop star sings while wearing a Versace hat with the company’s name embroidered in Pride colors.

The song’s name mirrors a popular gay movie. Call Me by Your Name was nominated for several Oscars – including Best Actor and Best Picture – and it took home the award for Best Adapted Screenplay.

Out writer James Ivory, who is the oldest person to win an Oscar at age 89, thanked the author of the novel on which the film is based. He also thanked “my life’s partners, who are gone.”

CALL ME BY YOUR NAME ☎️❣️