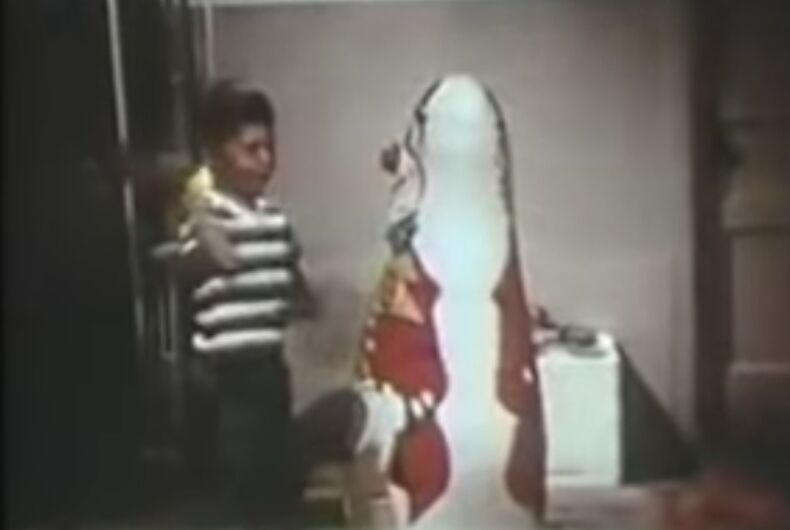 We are seeing what has come to be known as “The Trump Effect” in which through Donald’s derisive and abusive words and actions, many young people mirror his behavior and react similarly against their peers. Adults too use the president’s behavior to justify their own mean-spirited and uncivil actions.

Youth, through their socialization, learn the values and attitudes of people and later of the larger society. Within this process, youth also learn prejudices and how to discriminate through observing others around them.

Youth begin developing attitudes about various groups in society as early as ages three or four. Initially such attitudes are quite flexible. However, as people grow older such attitudes become more difficult to change.

Social Learning Theory, sometimes referred to as Social Cognition Theory, proposes that individuals learn by observing and associating with others (modeling), and through the process of reinforcement, whereby one’s beliefs and actions are in some way supported by others.

The developmental and educational psychologist, Albert Bandura, proposed that young people learn primarily through observation, and that one’s culture transmits social mores and what he called “complex competencies” through social modeling.

Bandura asserted that the process of modeling alone — free from social reinforcements — can, in fact, be enough for young people to incorporate and act on their own beliefs and behaviors.

Bandura posited that positive modeling by knowledgeable or advanced peers and classmates can develop even higher efficiency and cognitive developmental competencies than teachers modeling the same activities.

Society at large, adults, and peers present an array of modeling, a continuum from very productive and affirming to very biased, aggressive, and destructive. Modeling to Bandura included much more than simple observation of concrete actions followed by imitation (“response mimicry”), but also included what he called “abstract modeling” of such abstract concepts as following rules, taking on certain values and beliefs, and making moral and ethical judgments.

On the negative side of the modeling continuum, for example, Bandura concluded that young people acted out aggression modeled by adults in their homes. This finding contradicted the premise that parental/guardian punishment would inhibit young people’s aggressive behaviors.

To test his hypothesis that social modeling had a primary impact on children’s learning and on their behaviors and beliefs, Bandura et al developed his “Bobo Doll” experiments. The purpose of the experiment was to determine whether adult modeling resulted in either aggressive or non-aggressive behaviors by the young children in the study.

Research participants included 36 boys and 36 girls, with a control group of 24 children. The participants ranged in age from three to six years, with an average age of four years and four months, all from the Stanford University Nursery School. The researchers investigated and were knowledgeable about each participant’s prior behavioral history, and this was factored into the final data analysis.

The experimenter told each young participant that the toys were only for the adult model to play with, and that the young person was to watch the adult. The young people in the control group, however, were each told individually that they could play with the toys. No adult model was to enter their playroom.

For half of the participants, the adult model initially played with the tinker toys for one minute, then for nine minutes, attacked the Bobo doll with a sequence of verbal insults and physical violence including kicking, punching, and hitting about the head with the wooden mallet.

For the other half of the participants, the adult model played with the tinker toys and ignored the Bobo doll for the entire 10-minute duration of this phase of the experiment.

Following their observations, each young person was taken individually by the experimenter into another playroom with an assortment of toys, which included an airplane, a fire engine, a doll set with clothes and carriage, and others.

To instill a certain degree of anger and frustration, the experimenter told each young person that they could play with the toys in this room for a very short time, and that these toys were reserved for other children.

The young participants were then taken individually to a third playroom and left alone for 20 minutes to play with aggressive and non-aggressive toys. The aggressive toys included the Bobo doll, a wooden mallet, two dart guns, a tetherball with a face painted on it, and others.

Among the non-aggressive toys were paper and crayons, a tea set, two dolls, a ball, cars and trucks, and plastic farm animals. Experimenters observed each child behind a one-way mirror and evaluated their behaviors on a series of specific measures of aggressive behavior.

Bandura found that the youth who observed the aggressive adult model were much more likely to exhibit both imitatively physical and verbal aggressive behaviors when left alone in the third playroom, as opposed to youth who were exposed to the non-aggressive model or no model.

In addition, Bandura’s initial assumption that youth were more highly influenced by same-sex models was validated. Both the males and the females exhibited higher degrees of aggressive verbal and physical behaviors following modeling by a same-sex experimenter than by an experimenter of the other sex. Finally, overall males tended to behave more aggressively than females in the study.

Bandura and his associates succeeded in supporting their theory of social learning. Young people, they found, can indeed learn specific behaviors, such as forms of verbal and physical aggression, by observing and imitating others. This was found to be true even in the absence of behavioral reinforcements.

Bandura concluded that youth are highly influenced by observing adult behavior, leading them to believe that such behavior is acceptable, and, in this instance, freeing their own aggressive inhibitions. They are then more likely to behave aggressively in future situations.

With Social Learning Theory as our conceptual organizer, what can we surmise are the lessons Donald Trump is teaching youth and adults alike either by design or through “The Trump Effect”? What follows is a mere glimpse at the very tip of the iceberg.

I will stop the list here. Others can continue it.

Trump, in his words and behavior as his wooden mallet, treats people as if they were his personal Bobo Dolls, and thereby, he represents a negative role model to all youth and adults alike.

But as more and more of us stand up, speak out, and interrupt his sociopathological and narcissistic behavior, collectively we will disarm him, take the mallet from his hand, and model for our youth that his words and actions in all their forms will not be tolerated or condoned in a just society.

People who violate all of Trump’s teachings, in fact, amount to those whom Bandura viewed as positive teachers by example. They are the positive role models.

While no person, no matter how well intentioned manifests perfection in their words and actions, and anyone can slip into the negative from time to time, if I were to chose one person who immediately comes to mind, I would nominate the late great John Lewis as the candidate who exemplified the character and characteristics of a positive role model in Bandurian terms.

May he rest in peace and in the power he earned.