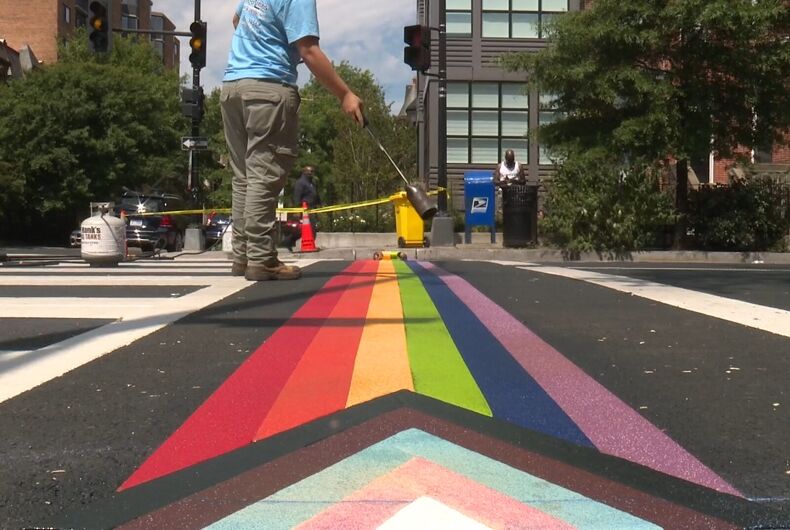 The nation’s capital has installed a rainbow crosswalk that uses the colors of the transgender flag and black and brown stripes in time for Pride month.

A rainbow was lain down at the crosswalk of 17th and P Streets NW in D.C. At one end of the rainbow was a rainbow made up of pink, light blue, white, brown, and black stripes, representing the transgender flag and people of color.

Related: Someone keeps destroying a beach town’s rainbow crosswalk so the city keeps repainting it

Representatives from the mayor’s office and the D.C. Department of Transportation attended the installation, as well as Commissioner Randy Downs.

The design hearkens back to a flag designed by queer non-binary activist Daniel Quasar in 2018. The black and brown stripes were used the year before by the city of Philadelphia during pride to represent LGBTQ people of color, and Quasar’s design took those stripes, added the transgender flag colors, and made them an arrow to represent progress.

“I felt there needed to be more thought put into the design and emphasis of the flag to give it more meaning,” xe wrote on Facebook at the time.