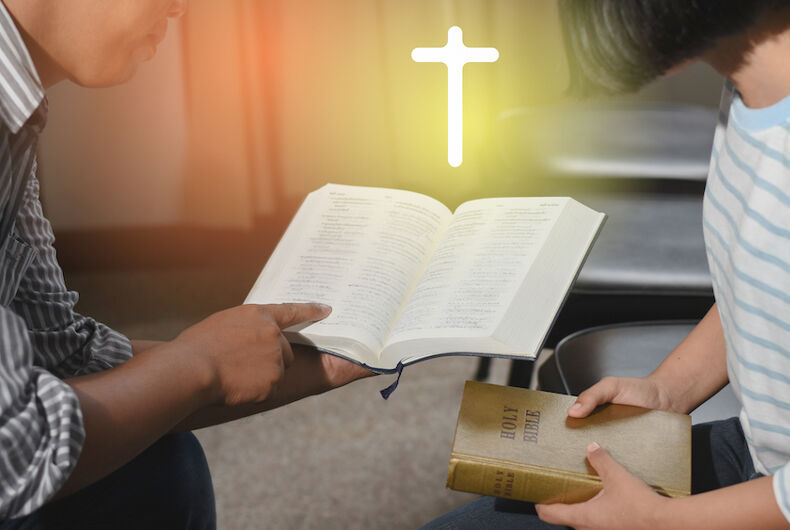 The case of Espinoza v. Montana Department of Revenue centered around a Montana initiative that gives state residents a $150 tax credit if they donate to a scholarship assistance program meant to help private school students pay their tuition.

Related: The religious right is seriously flipping out over the Supreme Court ruling in favor of LGBTQ rights

The state chose to exclude religious schools from its program because Montana’s Constitution says the state “shall not make any direct or indirect appropriation or payment from any public fund or monies” to churches or religious institutions.

But in his majority opinion, Chief Justice John Roberts wrote, “A State need not subsidize private education. But once a State decides to do so, it cannot disqualify some private schools solely because they are religious.”

Roberts’ opinion leans heavily on the 2017 U.S. Supreme Court decision, Trinity Lutheran Church v. Comer which said that excluding schools from government-offered public benefits “solely because of their religious character [is]… a penalty on the free exercise of religion,” and thus a violation of the First Amendment.

As such, the U.S. Supreme Court ruled today that the Montana constitution “bars religious schools from public benefits solely because of the religious character of the schools.”

In a statement, Americans United, a religious freedom advocacy organization based in Washington, D.C., wrote:

Forcing taxpayers to pay for private religious education – as Montana’s tax-credit voucher program does – is a fundamental violation of their religious freedom. Because religious schools are the epicenter of religious influence on the next generation, it’s imperative that the members of the faith support those schools, not the taxpayers at large.

Additionally, today’s ruling has the effect of forcing Montana taxpayers to support a program that funds discrimination. Too often, religious schools reject civil rights for women and LGBTQ people, and promulgate religiously based interpretations of science, civics and history. Ten of the 12 religious schools in Montana’s voucher program had discriminatory policies, including permitting expulsion of students who identify as LGBTQ and refusing admission to students with disabilities….

Three-quarters of state constitutions contain provisions intended to protect taxpayers from being forced to fund religion, a long-held traditional value. The Supreme Court’s decision sets a dangerous precedent, especially with concurring justices insisting that those state constitutional rules should be null and void.

Now that the Supreme Court has ruled that taxpayer-funded vouchers must fund private religious schools if they fund secular private schools, it is more important than ever that we fight to oppose all private school voucher programs. Public dollars should fund public schools, which educate 90% of our nation’s students.

“Forcing taxpayers to fund religious activities violates their freedom of conscience, regardless of whether they share the beliefs of that sect….”

In 1779, Thomas Jefferson wrote in the Virginia Statute for Religious Freedom that “to compel a man to furnish contributions of money for the propagation of opinions which he disbelieves and abhors is sinful and tyrannical.” …

“For all their talk of originalism, the Religious Right activist Justices have erased centuries of legal precedent and undermined a central principle of religious freedom because of their bias in favor of funding Christian schools. The ripple effects will be disastrous. Religious schools and programs will now have unbridled access to taxpayer dollars, devastating our system of public education.”

“This devastating ruling requires states to allow taxpayer dollars to fund religious schools, many of which actively discriminate against LGBTQ students and educators, and include negative teachings about LGBTQ people in their curriculum.

This decision is also a terrible blow to public schools already reeling from the impact of the COVID-19 pandemic and years of underfunding, as well as the principle that education is a public good that must be available to all. Our opponents have made it clear that they intend to leverage this decision to pave the way for further privatization across the country.

If we are ever to achieve liberation for LGBTQ people and undo the legacy of racism and slavery in this country, we must block these efforts and ensure we are using our taxpayer dollars to make our nation’s schools safe and enriching for all students, not starving our public schools of essential funds and sustaining anti-LGBTQ school environments that put our young people at risk.”

Pride in Pictures: Note to the librarian

Pride in Pictures: Living on