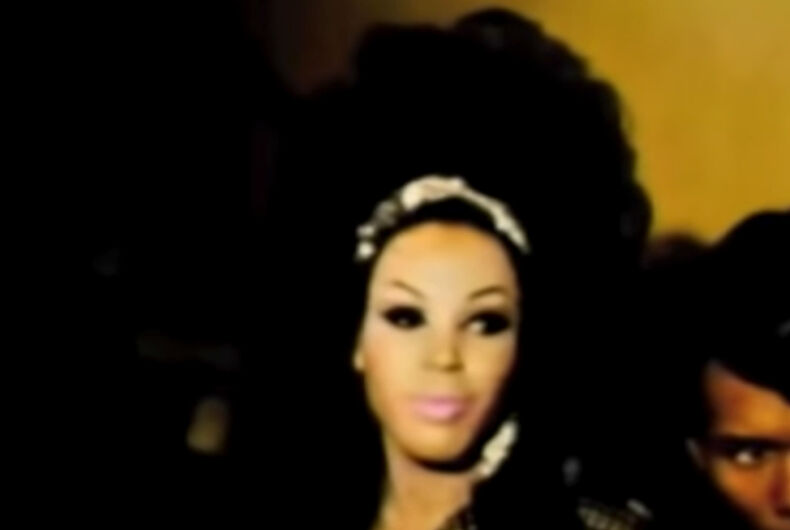 It was a cold February night in 1967 when a crowd of drag queens gathered in a New York auditorium for a drag pageant that nobody could have known would change the world.

Fragments of that pivotal evening are the focus of the latest episode of Culture Cruise, which presents monthly deep-dives into moments from LGBTQ entertainment that changed the world. On this month’s Culture Cruise, we’re taking a look at The Queen, a documentary that fortunately managed to capture a sliver of the action that night.

But first, it’s important to know a few things about New York’s history of drag balls, which can be traced back to the 1860s. Just after the Civil War, a lodge in Harlem began holding annual pageants, and over time they evolved to include elaborate drag contests that we would recognize today as forming the basis of modern balls. People would dress in elaborate gender-bending outfits, walk for judges, and compete for prizes.

But even though they were open to all, racism was still a big problem. Black contestants almost never won first prize and were expected to lighten their skin to compete.

Those pageants faded away in the late 1930s during a moral panic, but they were ready to re-emerge to prominence during the sexual revolution of the 1960s. While the events were still very underground, a documentary crew managed to hear about one happening at New York’s Town Hall and arrived on the scene to create one of the earliest visual records of a drag ball.

But they couldn’t have known what was going to happen that night: When Crystal LaBeija, one of the Black contestants, was named third-runner up, she unleashed a tirade against the organizers. Remember, going back decades, drag artists faced widespread racism in their pageants, and in her speech Crystal notes that the winner, a white queen named Harlow, was close friends with the organizer.

It’s a fiery, unforgettable moment. And in the years that followed, Crystal helped found one of the first drag houses. Today, those houses are a safe haven for queer people — particularly queer and trans people of color — looking for family and safety.

It’s thanks to Crystal that they exist, and it’s thanks to The Queen that we can see the climate in which they were created.

Activism doesn’t need to be peaceful. Larry Kramer taught us that.