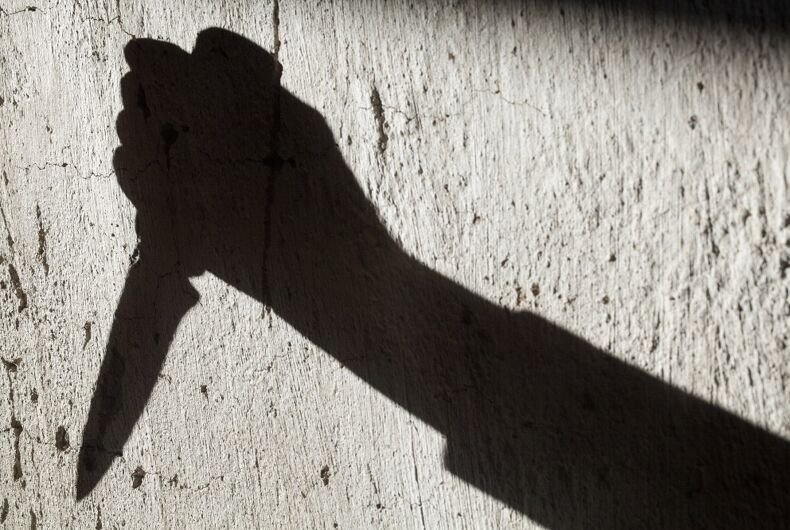 A man in the state of Washington has been taken into custody for allegedly stabbing two people he was hanging out with, and investigators believe that the attack was motivated by homophobia.

Court records say that Jose Mendoza Sandoval, 26, was at his home in Pasco this past Saturday night when he got into an argument with another man who was there, the Tri-City Herald reports.

As the argument got more heated, Mendoza Sandoval allegedly threatened to beat the man up, saying that the man was gay.

Mendoza Sandoval then allegedly went to his room to get a knife, and he came back and threatened the other man again.

A third man tried to grab the knife away, and after the struggle the man who was called gay was stabbed in the stomach and cut on his hand. The man who intervened was also cut with the knife.

But the two men, who have not been named in the media, were able to get the knife away from Mendoza Sandoval and held him down until police arrived.

Mendoza Sandoval is being held on two counts of second-degree assault and his bail has been set at $30,000.