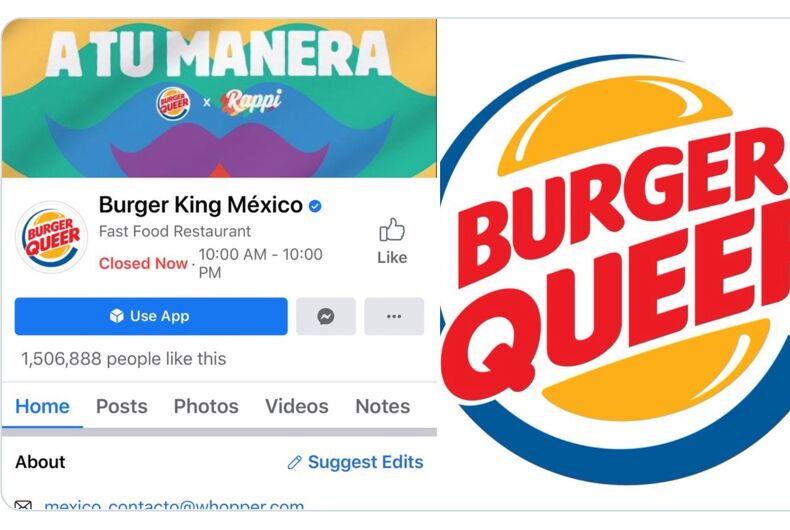 Burger King Mexico decided to honor Pride month in an unusual and controversial way when they teamed up with Rappi, an on-demand delivery service popular in Central and South America.

The fast-food giant changed its corporate logo to “Burger Queer” on their social media accounts and gave away rainbow-colored crowns.

The brand changed its Facebook and Twitter logos and Facebook cover photo to match the rainbow-themed campaign. French fry and sandwich boxes were also changed for the promotion.

“Let’s celebrate love, because we are all the same inside,” the chain tweeted announcing the change.

The company teased that if customers purchased a combo meal, they would get a Pride crown and “a special surprise.”

Thank you Burger King Mexico for the allyship pic.twitter.com/mlX1u4SLbV

Hungary’s transgender community is under threat. Why won’t the EU speak up?