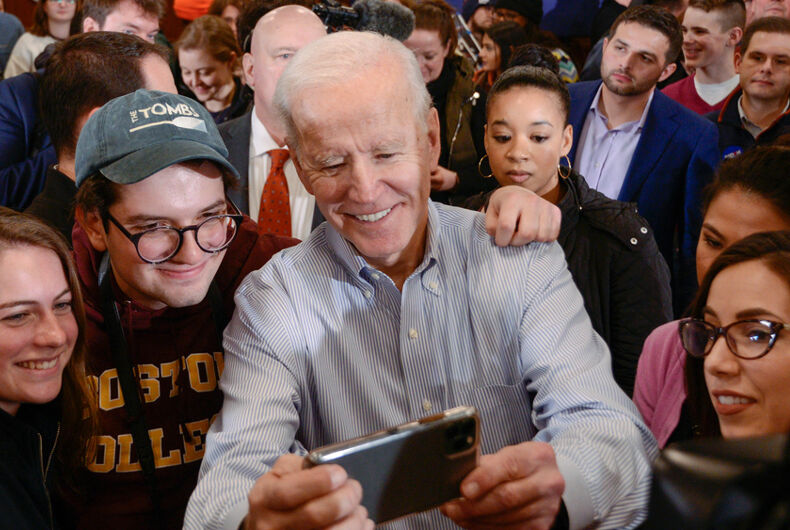 “Our campaign’s decision to launch Out for Biden in the shadow of historic protest elevates the power of the moment and encourages deep — and sometimes difficult — dialogue within our LGBTQ+ community as Pride month begins,” said Reggie Greer, LGBTQ+ Vote Director. “LGBTQ+ people of color are central to the fabric of our communities. We must elect a government that will center their voices and celebrate the contributions of LGBTQ+ people everywhere.”

The effort could prove crucial to swing states like Florida and Pennsylvania that the campaign needs to win.

“It is critical that, in this moment, as we speak out against racial injustice, discrimination, and harassment, we don’t forget to do everything we can to empower people,” Sen. Tammy Baldwin (D-WI) said in a statement to CBS News. “LGBTQ voters could be the margin of victory in Wisconsin, and in key states across the country.”

President Donald Trump unexpectedly beat former-Secretary of State Hillary Clinton in the state during the 2016 election. Trump won with a margin of 0.77%

“LGBTQ people, data show, are a growing and crucial voting bloc in elections across the country. Our rights have long been on the ballot, compelling us to register to vote and participate in politics rather than let others speak for us and make decisions without us. The Out for Biden initiative highlights the power of 11 million LGBTQ voters and millions more pro-equality allies who will decide this election,” Alphonso David, president of the Human Rights Campaign and founding member of the Out for Biden Steering Committee said.

“LGBTQ voters and the 57 million Equality Voters are as diverse as our nation. From the black trans woman in Milwaukee, to the Dreamer in south Texas to the pro-equality suburban woman in Bucks County Pennsylvania, the LGBTQ equality movement is ready to unite like never before and install a true ally, Vice President Biden, in the White House.”

Joe Solmonese, a former head of HRC, is in charge of the 2020 Democratic convention.

Baldwin and David will both serve on the Out For Biden steering committee along with a whos-who of out politicians and community leaders.

Pride in Pictures: Fresh from the 90s