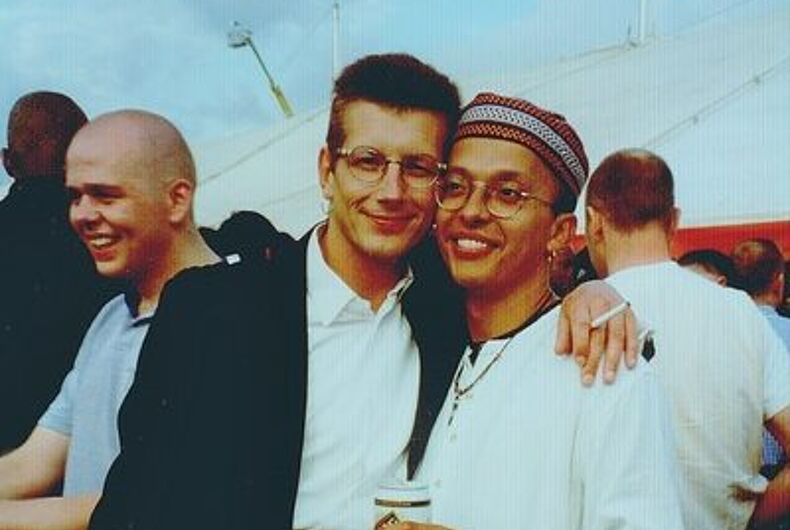 Related: Pride in Pictures: Out in the daylight

“1992 – this was the first EuroPride ever – and my first Pride parade ever. I was with my new boyfriend, who I had just met in January 1992. I was from Trinidad, and he was from Scotland.

“Since then, we’ve moved around a lot – we lived in London for 6years, then Botswana for another 6. We drove through Africa (Zambia, Namibia, Malawi. Zimbabwe, Mozambique, Kenya, Uganda) for 9 months, then we returned to the UK and have lived in Scotland ever since.