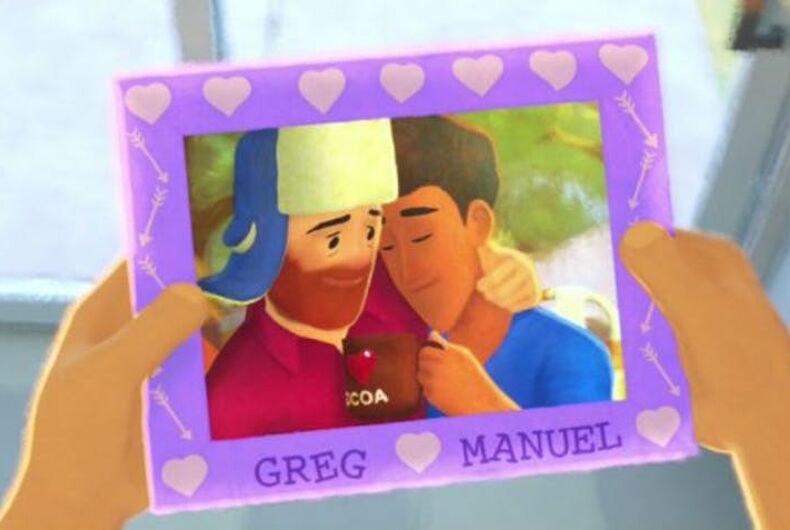 Still from "Out" by PixarPhoto: Disney+

Pixar has released an animated short in time for Pride month that features a man coming out to his parents. The nine-minute film is currently streaming on Disney+.

Related: A conservative told Disney’s CEO LGBTQ characters are ruining his business. He wasn’t having it.

Out  – the film – tells the story of Greg, a young man who is afraid to come out to his family. He’s getting ready to move in with his boyfriend Manuel. When his parents stop by unexpectedly to help him pack, things go haywire.

With a little help from his dog and a little bit of gay magic, Greg has to figure out how to come out so he doesn’t have to hide his relationship with Manuel any longer.

The adorable short is perfectly sized for a quick feel-good while you’re working from home or have a few minutes of downtime.