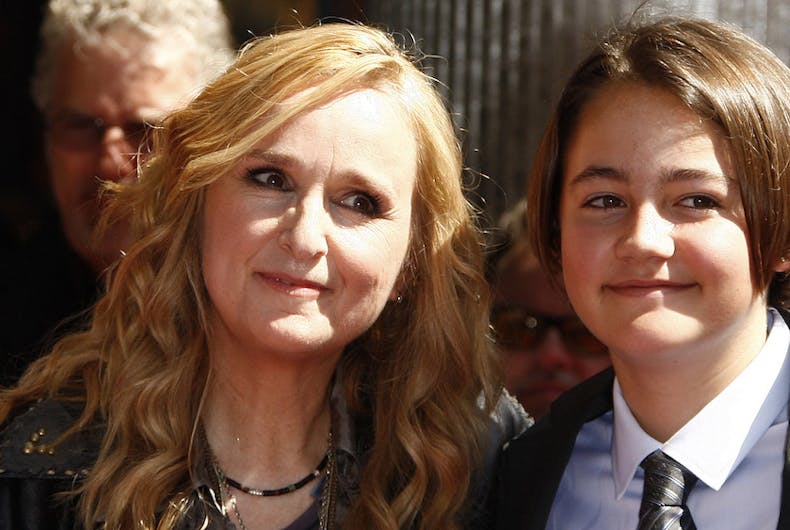 Beckett Cypher, the 21-year-old son of lesbian singer-songwriter Melissa Etheridge and her former partner, filmmaker Julie Cypher, has died of an opioid overdose.

Beckett, born November 18, 1998,  is one of two children the couple conceived via artificial insemination. Both were fathered by musician David Crosby.

Related: Stop everything & watch Melissa Etheridge perform a duet with her daughter in their living room

Etheridge and Cypher separated in 2000; Etheridge is now married to actress Linda Wallem.

Today I joined the hundreds of thousands of families who have lost loved ones to opioid addiction. My son Beckett, who was just 21, struggled to overcome his addiction and finally succumbed to it today. He will be missed by those who loved him, his family and friends. My heart is broken. I am grateful for those who have reached out with condolences and I feel their love and sincere grief.

We struggle with what else we could have done to save him, and in the end we know he is out of the pain now.

I will sing again, soon. It has always healed me.

The family appeared on a February 2000 cover of the music publication Rolling Stone magazine.

Julie Cypher gave birth to two children during her and Melissa Etheridge’s relationship: a daughter, Bailey Jean, and a son, Beckett.

David Crosby was the sperm donor for both children.https://t.co/H9HwIoqbLM pic.twitter.com/ja8j7l7dPW

“I don’t know what to say,” Beckett’s older sister Bailey Jean Cypheridge wrote on Instagram. “Today we lost my brother. Too heartbroken and overwhelmed to be eloquent but appreciate all those who have reached out. I love you, Beckett. Fly high and watch over us.”

I don’t know what to say. Today we lost my brother. Too heartbroken and overwhelmed to be eloquent but appreciate all those who have reached out. I love you Beckett. Fly high and watch over us.

“The whole idea of having a child has made me much more of an activist, more concerned about the world,” Etheridge said in a 1999 interview with The Advocate. “I mean, I used to be concerned, but it was sort of finite. Now I want the world to be better — perfect — because my children are going to be here after me. Things mean more. Things matter.”

In 2018, 3,683 people in the U.S. under the age of 24 died of an opioid overdose, according to The Kaiser Family Foundation, a non-profit organization focusing on national health issues.