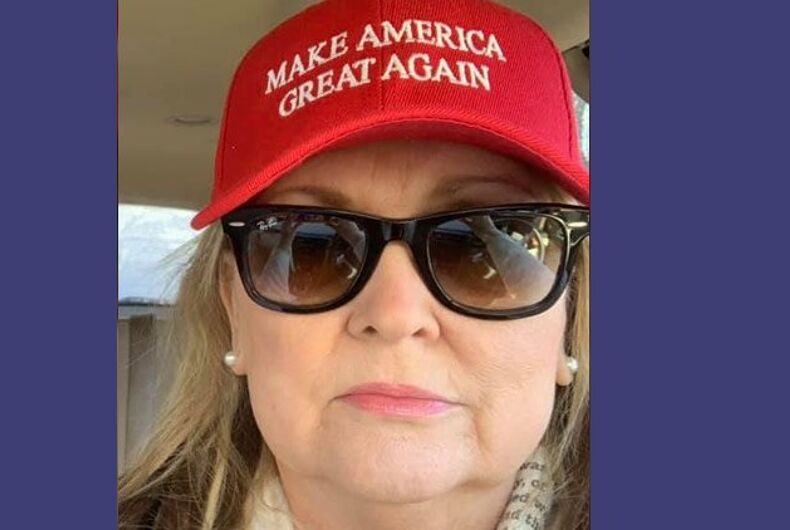 Ohio Rep. Candice Keller (R), best known for her outrageous claim that “transgender, homosexual marriage, and drag queen advocates” are at fault for mass shootings, was thumped in the primary race for a state senate seat.

Keller lost the race to Rep. George Lang (R). Lang was endorsed by the state party while party officials had already called on Keller to resign from the legislature.

Keller is one of the state’s most controversial Republican politicians. She has done interviews with white supremacists, compared Planned Parenthood to Nazis, and introduced one of the most draconian abortion bills in American history.

“After every mass shooting, the liberals start the blame game. Why not place the blame where it belongs?” Keller wrote in the post that was made private after public outcry.

“The breakdown of the traditional American family (thank you, transgender, homosexual marriage and drag queen advocates); fatherlessness, a subject no one discusses or believes is relevant; the ignoring of violent video games; the relaxing of laws against criminals (open borders); the acceptance of recreational marijuana; failed school policies (hello, parents who defend misbehaving students): disrespect to law enforcement (thank you, Obama); hatred of our veterans (thank you, professional athletes who hate our flag and National Anthem); the Dem Congress, many members whom are openly anti-Semitic; the culture, which totally ignores the importance of God and the church (until they elect a president); state officeholders, who have no interest whatsoever in learning about our constitution and the Second Amendment; and snowflakes, who can’t accept a duly-elected President.”

“Did I forget anybody?” she continued. “The list is long. And the fury will continue.”

Ohio Republican Party Chair Jane Timken publicly called on Keller to resign, but she refused. She said it was up to voters to decide if she deserved to be in office.

“Establishment moderates have never been fans of mine because I ran against their endorsement and won,” she said in a statement.  “As the only conservative in this race, I will be taking my Senate campaign to the voters to decide.”