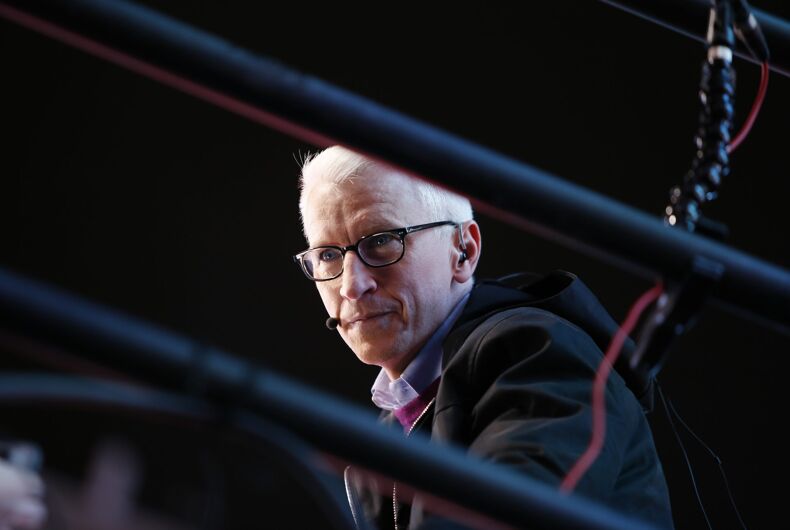 New dad Anderson Cooper has said that he will co-parent his son, Wyatt, with his ex-partner, Benjamin Maisani. While the arrangement might seem strange to some, Cooper’s reason is both heartbreaking and beautiful.

Howard Stern asked Cooper the question many have wondered: “Don’t you want a clean break from this guy?”

Cooper and Maisani were together for 10 years.

“I don’t really have a family, so my friends become my family,” Anderson explained. “And this is somebody that I was involved with for 10 years. He’s a great guy.”

“We didn’t work out as a couple… but when I was a little kid, it was just my mom and my brother. But it was my mom and she was not the most parental person.”

“I wish some adult, after my dad died, had stepped in, and just been like, you know what? I’ll take you to a ball game, or let’s go out to lunch every now and then, and let’s just talk,” he continued. “No one ever did that.”

“So I thought, if something happens to me or even if something doesn’t happen to me, if more people love my son and are in his life, I’m all for that,” he said. “My ex is a great guy and it’s good to have two parents, if you can.”

Cooper’s father died when the out newscaster was 11. His brother died of suicide ten years later at age 23.