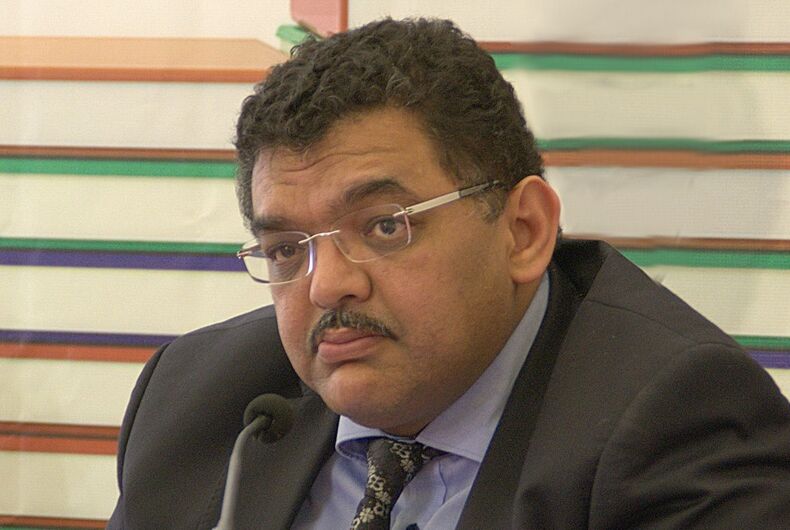 A government minister in Tunisia said that a same-sex marriage that was noted on a Tunisian man’s birth certificate was a mistake, saying that the marriage would not be recognized in the country.

The LGBTQ organization Shams announced on Facebook last Friday that a French man and a Tunisian man who married in France had their marriage noted on the Tunisian man’s birth certificate, as is the custom for heterosexual marriages in the country.

Related: Russia just had its first same-sex marriage. Now the state wants to shut it down.

But on Tuesday, Tunisia’s Minister of Local Affairs Lofti Zitoun said in parliament that the marriage has not been recognized in the country.

“No marriage contract between homosexuals has been recognized in Tunisia,” he said, L’Economiste Maghrébin reports.

“That’s because it’s against the provisions of the Tunisian Code of Civil Procedure. The contract is considered null and void. It can be canceled by a judicial procedure.”

Zitoun went on to say that the Tunisian man in the marriage “has, himself, asked via his attorney that the mention of the marriage on his birth certificate be removed.”

In an email to LGBTQ Nation, the Tunisian LGBTQ organization Mawjoudin said, “This news is false as the reality of what happened is nothing more but an administrative mistake.”

“Mawjoudin denounces the sharing of such news and consequently contributing to the manipulation of public opinion at such sensitive times. This has lead to a wave of queerphobic speech, attacks, and bullying on the queer community which put many of them in compromised and dangerous positions while they are in confinement.”

The minister said that the marriage isn’t even legal under French law, which is unlikely.

France has recognized marriage equality since 2013, but France’s treaty with Tunisia requires that marriages performed in France be legal in Tunisia as well. SOS Homophobie, an LGBTQ organization in France, says that French administrative law allows for same-sex marriages to be performed as long as one member of the marriage is from a country that recognizes marriage equality.

Meet Jacob Haren. He may be your new gay icon.