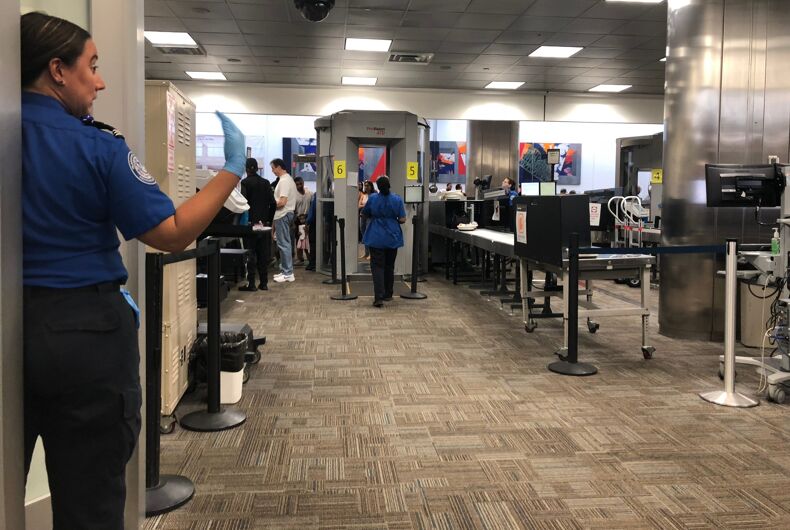 Shocking allegations in a new federal lawsuit accuse the Transportation Safety Authority (TSA) of refusing to allow a transgender 16-year-old girl to board her flight unless she showed an officer her genitals.

Jamii Erway and her mother Kimberly were prevented from boarding their flight out of Raleigh-Durham International Airport in North Carolina in May 2019. The mother and daughter sued earlier this week.

The lawsuit says that when Erway went through the scanner, it set off a false positive. When the teen explained that she is transgender and if they changed the gender marker on the machine everything would be fine, they refused. Instead, the agent called a supervisor.

“Notwithstanding, and for reasons still unknown to plaintiffs, [the supervisor] advised Jamii that she would need to accompany her to a private room, expose herself, and allow [the supervisor] to ‘feel up in there,’ i.e., touch her genitals,” the complaint alleges.

When Kimberly attempted to step in as the teen’s parent, the complaint says agents told her to “mind her own business.”

After the two refused to consent to TSA agents exam of the girl’s genitals, police were summoned. They declined to enforce the search.

Neither the mother nor the daughter were allowed to fly. They instead drove the 600 miles to their destination.

After reviewing civil rights complaints filed from January 2016 through April 2019, an investigation published on LGBTQ Nation found that 5%, or 298 complaints, were related to screening of transgender people, even though they are estimated to make up slightly less than 1% of the population.

TSA guidelines are specific that agents are not allowed to view or directly touch a passenger’s genitals. The agency only asks for pat-downs and doesn’t do strip searches, the policy says.