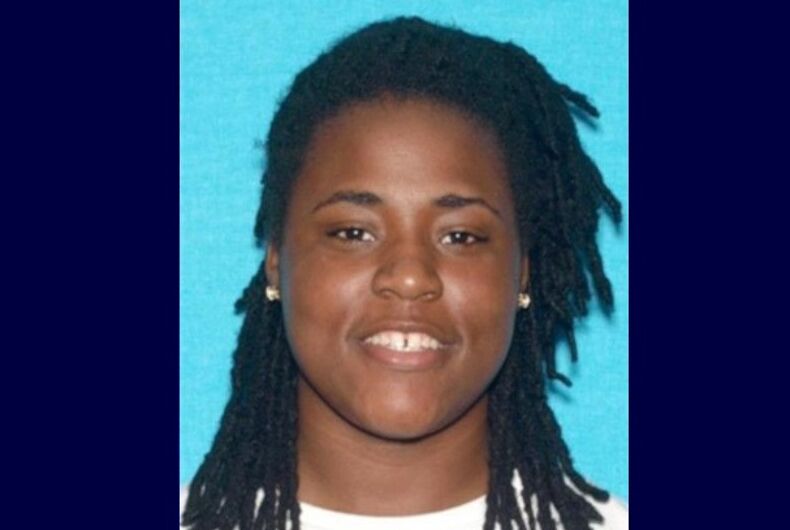 A 17-year-old girl in Tennessee was shot to death in a possible anti-gay hate crime.

Ashanti Posey, a high school senior in Nashville, was shot and killed last Thursday, April 9 while driving with another 17-year-old in the car with her.

Police believe that Posey was leaving a neighborhood after a small marijuana sale, but the girl’s mother doesn’t think that the drug deal had anything to do with her daughter’s death.

The girl who was in the car with Posey climbed onto her lap and drove to a home where she called for help. Posey was rushed to the hospital where she later died.

Posey was gay and in a relationship with another girl, her mother Amber Posey said. She was also an advocate for LGBTQ people.

“This was out of jealousy because my daughter was openly gay and in a happy relationship with a young lady for two years,” she told WTVF.

“Sometimes being different is not accepted in society, it’s just not.”

No arrests have been made so far, but Amber Posey said that the attackers called Ashanti Posey’s sister’s phone on FaceTime and told her that “they had shot her and killed her.”

She said that her daughter was a responsible, honest teen who worked two jobs and cared about her family and friends.

“My daughter was a caring child, it was just that simple,” said Amber Posey, “If you believed in what she believed in, you were her family.”

Police say that the friend who was in the car with Ashanti Posey was not injured in the attack.

They don’t know if the shooters were on foot or if they were driving and they are asking that anyone with information call Crime Stoppers at 615-742-7463.