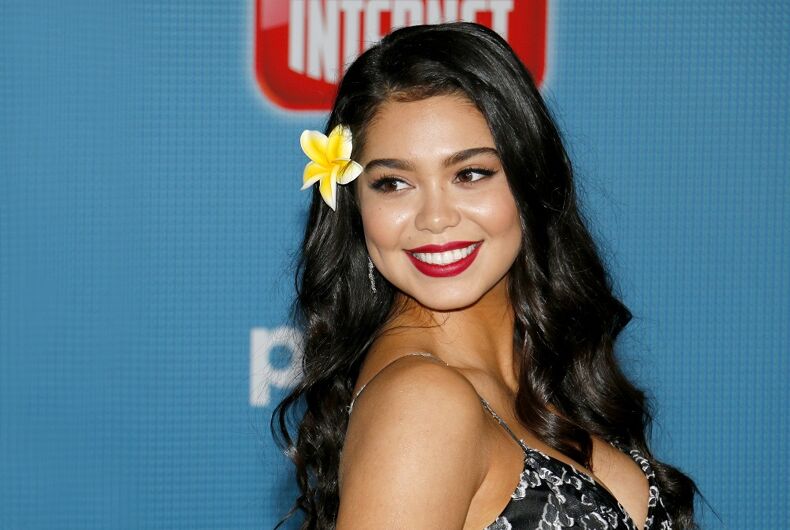 Actress Auli’i Cravalho – who played the title character in Disney’s Moana – has come out as bisexual.

In a video posted to Tik Tok, Cravalho was playing to Eminem’s “Those Kinds Nights,” which includes lyrics that describe a conversation between the protagonist and a woman. The woman comes out as bi and, when the speaker says they’re “checking out the chick,” the woman responds, “So am I.”

Cravalho lipsynced only the woman’s words.

auli'i cravalho is bi and that is ALL that matters to me 😌 pic.twitter.com/TA5IUchlSY

If that wasn’t clear enough, someone on Twitter asked her “do u like girls.” To which she responded: “if i may escort you to my tiktok….”

if i may escort you to my tiktok… @auliicravalho https://t.co/xRJuYk3e2t

Her fans are living.

Wait you're telling me the one female voice actor I've ever had a crush on is in the LGBT community?! 😍

Moana was released in 2016 to critical acclaim, getting a score of 96% approval on Rotten Tomatoes‘s aggregate of 273 reviews. The film grossed an estimated $700 million worldwide.

Cravalho was 15 when the film came out and she has gone on to do more voice acting in several other films and television shows.