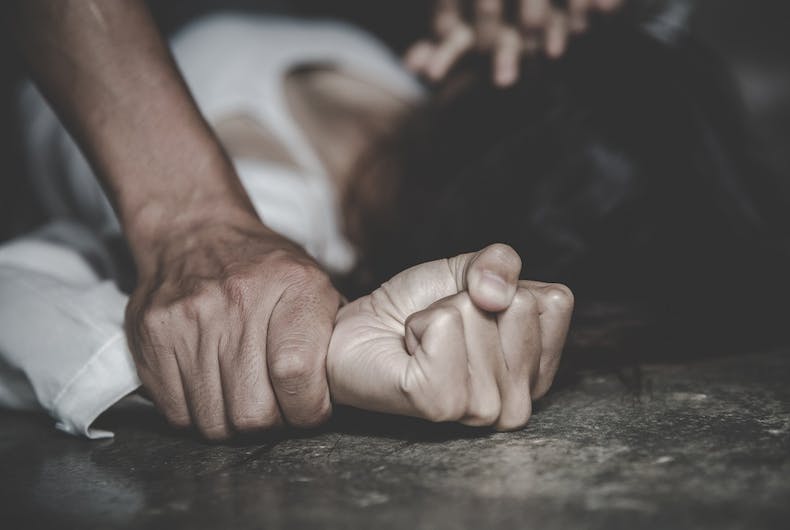 A lesbian in Utah says she was the victim of a “corrective rape” when a man sexual assaulted her in an anti-gay hate crime.

The victim told police in Salt Lake City that she was visiting a straight woman she was friends with. When the woman went to bed, her husband Adam Quinn Atwood, 34, started sitting “closer and closer” to her.

She wanted to leave, but she said that Atwood convinced her to go to a convenience store with him to buy beer. When they got back to the house, he attacked her.

She tried to get up and leave, but, according to court documents, he grabbed her by the neck and threw her down a short flight of stairs to the basement.

The victim said that she told him to stop because his wife and kids were upstairs and she’s a lesbian, but he allegedly responded that he was “going to fix the gay.”

Atwood then allegedly raped her and choked her.

She escaped and “made it to her vehicle and as she locked the doors the suspect ran up to the car and yelled, ‘You better not tell anyone,'” a police affidavit says.

She went home and told her roommates what had happened. She reported the crime to the police.

The alleged assailant was later arrested and told police, “I did not rape anyone.” He is currently being charged with suspicion of object rape, forcible sodomy, kidnapping, aggravated sexual assault, and forcible sexual abuse and is being held on $150,000 bail.

Police told the Salt Lake Tribune that there is evidence to corroborate her story. Police also believe that her injuries are consistent with her story.

They are also looking into whether the attack qualifies as a hate crime, saying that the decision to proceed with hate crimes charges is up to the prosecutor. Utah added sexual orientation and gender identity to its hate crimes legislation last year.