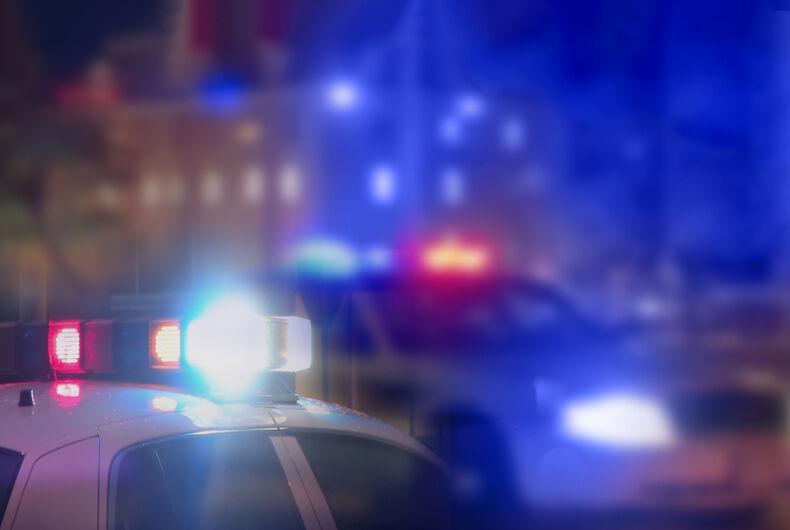 A married lesbian couple in Indianapolis say that they were held captive without food or water, raped, and beaten by four others.

They escaped when an opportunity presented itself and called the police. Now Kenneth Braswell, Thomas Bell, Jose Nieves, and Melissa Richards are facing charges of rape, kidnapping, and criminal confinement.

According to the probable cause affidavit, the captivity started when the victims, who have not been named in the media, went to a house to do heroin. One of the women borrowed Richards’s car. Richards got mad when the car wasn’t returned soon enough, so she said that she would “keep” the first woman’s wife.

“Don’t make me take something else you love,” Richards allegedly said. “I’m not playing with you.”

The second woman was held in a closet, bound with duct tape. She was left alone for some time until Braswell came in, pulled her pants down, and raped her.

When the first woman returned the car, she was attacked. The second woman watched as her wife was beaten “to the point that she ended up on the ground. And I didn’t know if she was alive anymore.”

They were held in the basement for four days and only given food and water once, which they couldn’t consume because of their injuries.

At one point, they say they heard Nieves say that Richards was told to give them a “hotshot” – a large dose of heroin or a dose that has been cut with something poisonous used to kill someone and make it look like it was their fault.

They were put in a car by Bell and Nieves and told that they were being taken home, but they overheard someone say that they were going to be taken to the country, killed, and buried.

A tire on the car blew out and the driver went to a convenience store to wait for help. The women asked to go to the bathroom, and Nieves, frustrated, let them. They told the clerk to call the police and they locked themselves in the restroom until officers arrived.

Police found blood all over the home as well as bloody clothes. They found duct tape, weapons, and a blanket in the car.

The defendants deny the charges.

“Everybody seen it,” one of the women said, according to the affidavit. “Everybody knows about it that was in the house, and nobody did anything.”

Did Barbie just come out as bi on Instagram?