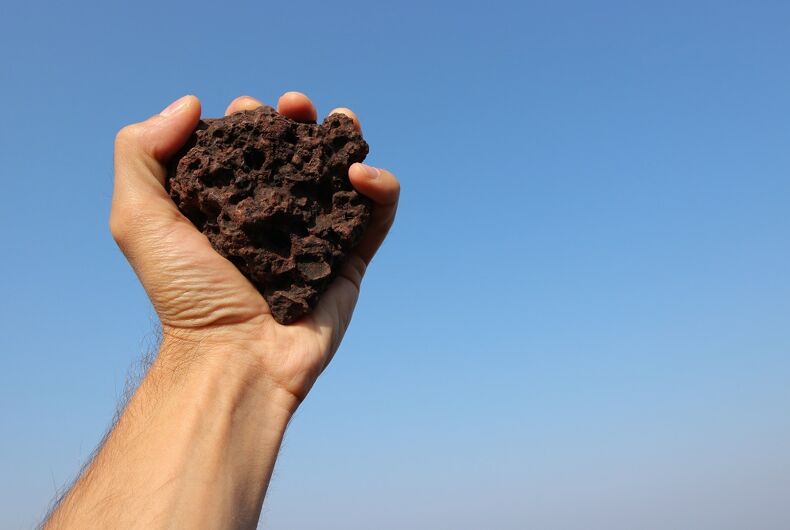 A transgender woman was found bludgeoned to death with rocks near a basketball court in a small town.

The woman’s body was found by authorities this past Sunday morning with severe injuries to her neck, which they believe were inflicted using stones that were left next to her body.

Police responded to an emergency call in the small town of Paso Texca, a suburb of Acapulco in southern Mexico, at 8 a.m. this past Sunday and found the victim already dead, her body hidden in the brush. Police cordoned off the area and investigators with the prosecutor’s office took over the investigation.

They found two rocks next to the victim’s body, as well as several blows to the nape of her neck. Investigators say they believe that two people attacked and killed the victim at around 7 a.m. that morning, according to Bajo Palabra.

The victim’s identity has not yet been determined. Ahora Guerrero reports that she is believed to be in her 20s and was wearing a red blouse, black bra, blue denim skirt, and black sandals. A brown wig was found near her body.

Police questioned residents in the area but no one said they recognized her or saw the attack.

Her body is currently being held by the Forensic Medical Service as the investigation proceeds.