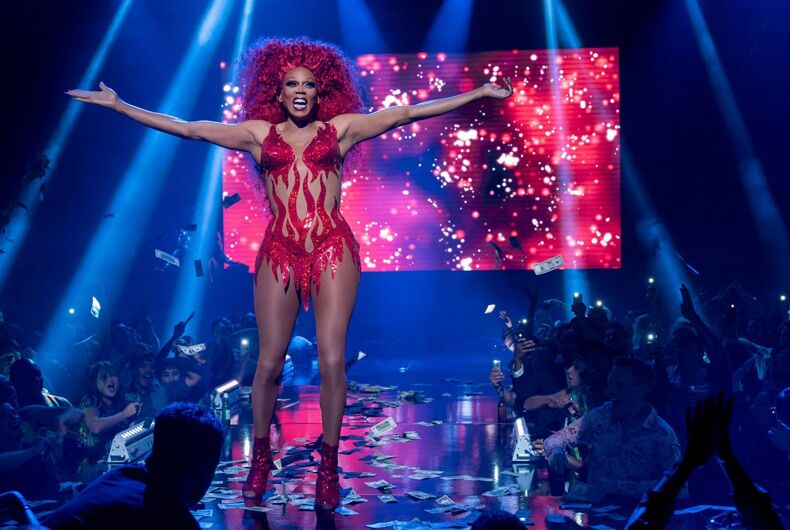 RuPaul as character Ruby Red in 'AJ and the Queen'.Photo: IMDb

Netflix has decided not to produce a second season of AJ and the Queen, the show starring RuPaul.

The drag personality portrayed Ruby Red (aka Robert Lincoln Lee), a drag queen travelling the country inside of a recreational vehicle. Izzy G. plays AJ Douglas, a 10-year old orphan that ends up along for the journey. Jane Krakowski, Michael-Leon Wooley, Latrice Royale and Josh Segarra also appear in the first season’s 10 episodes.

RuPaul co-created the series with Michael Patrick King, who has written for shows such as Sex and the City, Will & Grace, and Two Broke Girls. Both had said that they already planned multi-season character arcs, and the first season did not end with a conclusive ending.

“We began our creative process, which is thinking, ‘what’s next? What haven’t you seen? What could happen? What’s unpredictable? What’s new’…it’s a very interesting knot we’ve tied [in the finale], and there are lots of ways we can untie it or make it tighter,” King said in an interview in January.

Now, if they would like to see those arcs out, they’ll have to find another network to pick up their show.

“Netflix has decided to not extend our road trip across America,” RuPaul wrote in a tweet on Friday. “Thank you for all the love & support.”

End of the road for “AJ and The Queen” @Netflix has decided to not extend our road trip across America. Thank you for all the love & support. We're so very proud of the work. @mizzizzyg @mlwooley @tiacarrere @joshsegarra @katerinavictoria @mwilkas #AJandTheQueen pic.twitter.com/0W50sTW4kU

AJ And The Queen’s cancellation comes less than two months after Netflix released the first season, following its premiere on January 10, 2020. King’s MPK Productions produced the show in association with Warner Bros. TV.

Cable network HBO – where King appeared on Curb Your Enthusiasm, wrote 31 episodes of Sex and the City and directed the franchise’s two movies, and created the series The Comeback – could be a logical landing spot. Showtime has also been floated.

This concludes a difficult week for shows related to RuPaul, who also hosts RuPaul’s Drag Race. There are two contestants from the current season under fire for sexual misconduct allegations.

Buzzfeed News reported multiple allegations against Sherry Pie of catfishing (i.e. posing as someone else) actors into performing or discussing sex-related acts. Sherry Pie – whose real name is Joey Gugliemelli – has apologized, but show producers announced that he’s been disqualified from participating in the season finale.

Watch RuPaul’s ‘best moments’ as Ruby Red, as provided by Netflix below.