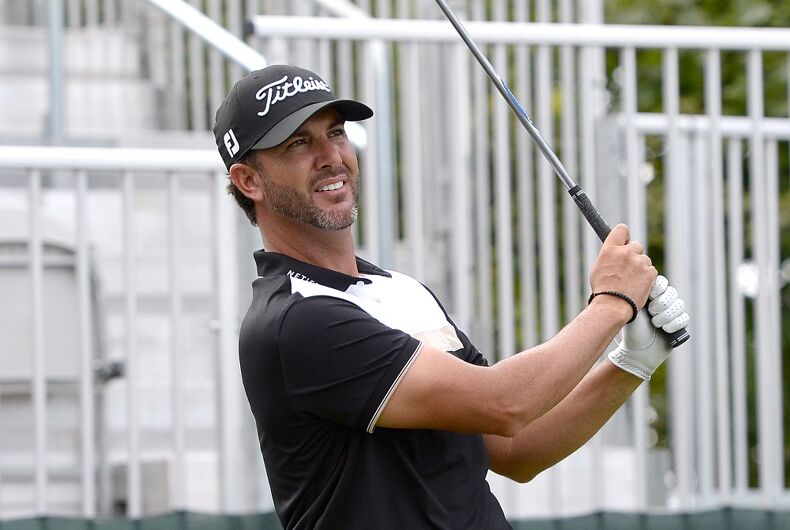 PGA Tour golfer Scott Piercy has come under fire for an anti-gay meme he posted to social media about former South Bend, Indiana Mayor Pete Buttigieg. At least three of his sponsors have cut ties with him over it.

This past Monday, Piercy, 41, shared a meme on Instagram about Buttigieg ending his presidential primary campaign that said, “PETER PULLS OUT EARLY FROM BEHIND.”

The meme showed an image of Pepe the Frog, a cartoon character associated with the alt-right and white nationalism, speaking on behalf of “QNN,” a reference to QAnon, a rightwing conspiracy theory about a supposed “deep state” plot against Donald Trump. In a separate post, he said he believed in QAnon.

Piercy’s followers on social media wondered if his posts violated the PGA Tour’s ban on “conduct unbecoming of a professional.”

By Tuesday, Piercy had issued an apology statement on social media.

“Whenever i [sic] post my intent is NEVER to offend,” he said. “I want to apologize if any of my recents [sic] story posts have been offensive.”

Several of his sponsors aren’t taking him at his word. Titleist, a brand of golf equipment; FootJoy, a golf clothing and shoe brand; and J. Lindeberg, an activewear brand, have all severed their ambassador agreements with Piercy. All three brands are owned by the holding company Acushnet.

“As a global lifestyle brand, we strive to support and show our love and compassion for all demographics around the world,” J.Lindeberg said in a statement to Golf. “When we choose our ambassadors, we choose individuals we know will represent us well on and off the golf course. The claims from Scott Piercy were unacceptable and far from our views and beliefs. We have since terminated our contract with Mr. Piercy.”

Titleist and FootJoy have not released statements.

The PGA Tour has not said whether Piercy’s post violated any of their policies. In a statement earlier this week, the golf organization said, “We were made aware of Scott’s post and are disappointed in the lack of judgement used.”

Evangelical Christians are linking LGBTQ people to the coronavirus now