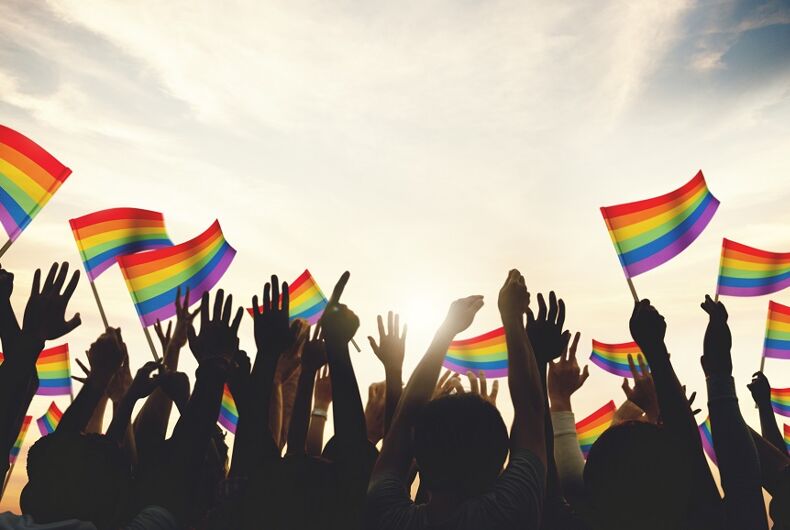 Ohio has yet to pass statewide anti-discrimination protections on the basis of sexual orientation and gender identity, leaving the majority of Ohio cities without protection in employment, housing, and public accommodations.

The Ohio Fairness Act, as proposed in companion bills Senate Bill 11 and House Bill 369, would amend Ohio’s Civil Rights Law to prohibit discrimination in these categories and to grant the Ohio Civil Rights Commission the power to mediate such cases informally.

“It is a fair proposal that will simply give people who are lesbian, gay, bisexual or transgender the same freedom to work, the same freedom to live where they choose, and the same full equal participation in society, just as anyone else in Ohio,” testified Ohio Sen. Nickie Antonio (D), the primary sponsor of Senate Bill 11. “It has been over 50 years since we have updated the Civil Rights Act. And for the estimated 400,000 LGBT Ohioans, fairness is long overdue.”

The Columbus Dispatch reported in 2019 that bills seeking discrimination protections on the basis of sexual orientation and gender identity have been introduced in every session of the Ohio Legislature since 2003, though none have passed in both the Ohio House and Senate. One version of the law passed in the House in 2009, but failed to become law after being rejected by the Senate.

One Ohioan, Joshua Culbertson, reflects on his experiences moving from rural, unprotected Zanesville to Columbus.

His struggle in the workplace began at a small insurance company in Zanesville, when a friend revealed Culbertson’s sexuality to his boss without his consent.  Soon after, his boss began lecturing him privately about the flaws, sins inherent in his intimate relationships.

“He would talk to me about his understanding of marriage, which was very traditional.”

“This is not something that is pleasing to God,” he recounted hearing from his supervisor. “Sometimes that would be accompanied by quoting scripture, or reading scripture to me.”

Culbertson’s boss assured him repeatedly that he would not be fired, but the constant pressure to deny himself and judgment from authority made work life difficult at best.

“I knew that I didn’t have legal protections. So he could fire me if he wanted to.”

Culbertson began investing time in communities in Columbus, attending an affirming, supportive church, and volunteering with LGBTQ advocacy group Equality Ohio. He describes this process as “base level survival.”

Ultimately, Culbertson was hired by Chase bank in Columbus, bringing him into a workplace that he calls “a very safe environment” and a city where he knows he’ll be supported by the law in any future conflicts.

Culbertson sometimes returns to Zanesville to take the lead in organizing Pride nights, events that bring people together for support, community, and LGBTQ-specific healthcare needs.

“My mind and my thoughts always go to young people who don’t necessarily have the freedom or the mobility to just pick up and leave,” said Culbertson. “For them internet social connectivity is so much larger, but when I was there I had no idea the enormously supportive community that was waiting for me.”

“I live in a rural part of the state, and it’s hardest for gay, lesbian and transgender people in those small communities to seek protection,” said Engel.

Opponents have said that the bill infringes on the religious freedom of those who want to discriminate against LGBTQ people, a claim that Engel describes as baseless and unconstitutional.

“Nothing in this bill says you have to recognize in your religious practices.”

The Columbus Dispatch quoted Aaron Baer, president of the Christian political advocacy group Citizens for Community Values (CCV), as saying the bill is “the single greatest threat to religious freedom, parental rights, and the privacy and safety of women and children.”

Baer says that the bill would allow men to compete against women in sports and to bunk with women in homeless shelters, attacking the transgender community for their efforts at inclusion of transgender women.

Baer was said that the bill would allow public employees to be fired for professing their Christian faith, a claim that directly contracts the language of the legislation.

In 2019, an Ohio Catholic preparatory school The Lyceum filed a pre-enforcement civil rights action against the city of South Euclid, which passed a non-discrimination ordinance protecting citizens on the basis of sexual orientation and gender identity in housing, employment, and public accommodations the year prior.

The school argued that such legislation threatened their existence as a Catholic institution, a claim that the U.S. District Court for the Northern District of Ohio dismissed upon finding that none of the school’s activities were in violation of the ordinance.

The court did clarify, however, that the school would be restricted from discriminating against members of the LGBTQ community in employment so long as the ordinance is in place.

Ohio is one of 30 states without explicit anti-discrimination protections on the basis of sexual orientation and gender identity in housing, employment, and public accommodations, according to the Human Rights Campaign.

In 2019 the U.S. House of Representatives passed a federal version of the bill, the Equality Act, marking the first time a chamber of Congress has approved an LGBTQ civil rights bill of its kind, reports the Human Rights Campaign. The bill now requires approval in the U.S. Senate and the signature of Donald Trump to become law.