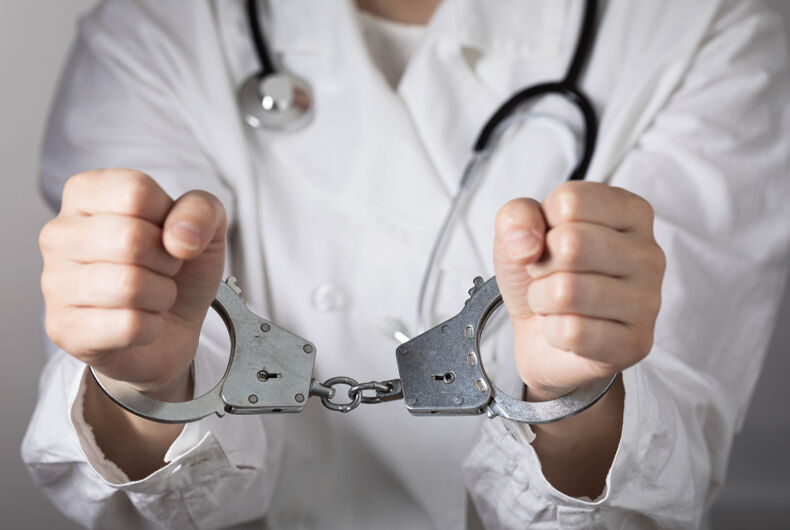 Physicians would be charged with a third-degree felony for providing “therapeutic or surgical procedures intended to alter the gender of someone under age 18” and could even face three years of jail time.

Related: Calling transgender youth by their name dramatically reduces their chance of suicide

Current best medical care practices for gender dysphoria involve a holistic and individual approach developed by a multidisciplinary team. Sometimes puberty is delayed until young people are old enough to make decisions about their lived gender since puberty causes permanent changes to a person’s body that may conflict with a transgender person’s gender identity.

But Republicans are saying that they’re the ones who are worried about “irreversible” changes, referring to gender affirmation surgery, which is very rare for transgender minors.

“My number one concern, by far and away, is the irreversible nature of these procedures,” state Rep. Ron Hood (R) told the Cincinnati Enquirer. “These procedures, most of them, lead to sterilization. And these things are not reversible.”

“This bill does nothing to protect our youth,” James Knapp, chair of the advocacy group TransOhio, said. “Instead, it takes important decision-making power out of the hands of young patients, their parents, and their doctors, and gives it to politicians who do not understand their health concerns or needs.”

Ohio sentencing guidelines suggest a sentence of up to three years in prison for a third-degree felony.

Dr. Scott Leibowitz is a child and adolescent psychiatrist and the Medical Director of Behavioral Health  for the THRIVE Gender Development Program at the Nationwide Children’s Hospital, and he agreed that the law would cause harm.

“These types of legislative efforts pit the Hippocratic oath against the law, something that no medical or other healthcare professional should have to choose between,” he explained. “Evidence-based policy statements and clinical guidelines – published by every mainstream pediatric medical professional association – speak for themselves and are paving the path for minors to receive care that promotes the healthy outcomes the youth deserve.​”

A similar bill was recently defeated in South Dakota after state Republicans killed it. The Ohio bill is even more restrictive – it would only allow puberty blockers for transgender youth over the age of 18 instead of 16 like the South Dakota bill. It is unlikely puberty blockers will help much at that age.

The Ohio bill is being pushed by Citizens for Community Values, a religious right group known for opposing LGBTQ rights.

A police officer was told to “tone down his gayness.” He just settled his suit for $10 million.