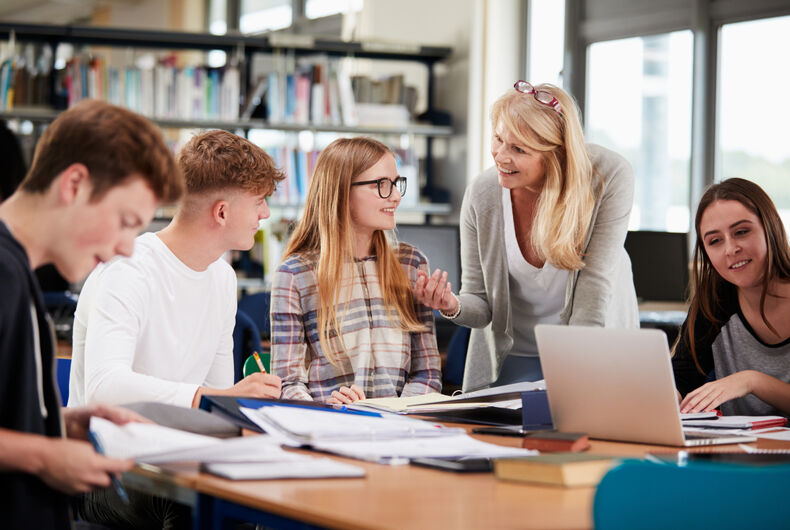 South Dakota has effectively killed their third anti-transgender bill of the 2019 session, sending HB 1108 to its 41st legislative day on a 7-2 vote in a session full of wild claims about transgender people and South Dakota schools.

HB 1008 would have added, “No instruction in gender identity or gender expression may be provided to any student in kindergarten through grade seven in any public school in the state” to South Dakota law.

The bill would have disallowed instructors from even acknowledging the existence of transgender people in schools across South Dakota, and its broad language could have prevented any discussion of gender itself, as well as private discussions with teachers and counselors.

The bill’s sponsor, Representative Tom Pischke (R), had pushed the bill as a way to “save children from dysphoria,” which he framed as a disease.

Senator Phil Jensen (R) was another strong proponent of the bill, saying in testimony that his “heart breaks for kids going through gender confusion,” but nevertheless taking an adversarial stance towards transgender people in general.

“If I walk into my doctor’s office and say I’m Ronald Reagan, he’d say you’re psychotic,” said Jensen, according to ACLU of South Dakota policy director Libby Skarin. “If you want to cut off a leg or an arm, you’re mentally ill. If you want to cut off healthy breasts, you’re transgender.”

Jensen also added that, “the pressure from the left to cave on this bill has been enormous. We are in battle for the heart and soul of our country.”

Many of the speakers, from Senator Jensen’s wife, Janet, to Tonchi Weaver of South Dakota Citizens for Liberty, tried to claim that students are being “indoctrinated” in school, pointing to books with even the slightest amount of LGBTQ content.

Much of the same was refuted Rob Munson, a school administrator, who noted that much of the supposed indoctrination was not happening in South Dakota.

This is the third of four anti-transgender bills that South Dakota legislators have looked at this legislative session.

The first, SB 49, a ban on transgender student athletes, was killed in mid-January. HB 1205, which would have enhanced parental rights for parents of transgender kids to refuse trans affirming health care for their children, was killed on February 7.

With today’s killing of HB 1108, this leaves one more bill, HB 1225, which is a second attempt to require transgender students to only engage in school athletic programs in their birth gender.

A motion to pass HV 1225 failed with a 6-6 deadlock on Thursday. The bill was then sent to the full house for consideration.

Welcome to the church of Sylvester. His gospel-tinged disco made us feel mighty real.